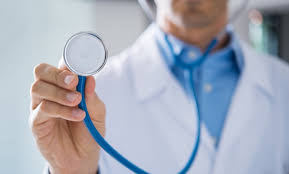 A lawyer here is suing three private hospitals over an alleged wrong cancer diagnosis of his left kidney, which was later discovered to be problem-free.

He is demanding over RM45 million in damages from the hospitals in three separate negligence suits against them and eight doctors who treated him.

Paul Raj Samy Raj who filed the summons at the High Court here recently, said the three hospitals had hurriedly concluded that his kidney was cancerous and had to be removed immediately when in reality, there was nothing wrong.

He said he was fortunate that he did not follow their advice to remove his kidney because a nephrologist at another private hospital said he did not have cancer.

Paul, who turns 54 next month, told FMT that he had gone to the first hospital for a check-up after a hospital in India had detected a possible cyst on his left kidney during a regular health check.

In his statement of claim, he said he was first diagnosed with left kidney cancer or left renal cell carcinoma on Nov 11, 2014, by the first hospital.

Paul was given the same diagnosis when he sought second and third opinions at two other private hospitals.

He said all three hospitals had pushed him to have his left kidney removed so as to prevent the cancerous portion from spreading to other organs.

However, when he sought a fourth opinion by a doctor at another hospital on Aug 22, 2019, the nephrologist there found no sign of cancer on his left kidney.

He said as a result of the three earlier wrong diagnoses, he underwent “tremendous untold mental and emotional sufferings, psychological distress, hypertension and restlessness”.

The hospitals, he said, had acted in haste with “commercial intentions” so as to fleece money from him and leave him without a kidney. He also claimed that these hospitals did not advise him about the side effects of having just one working kidney.

Paul said as a result of the wrong diagnoses, he had to spend a lot of money to pay for CT scans, biopsies, ultrasounds and other treatments, all of which also took up a lot of his time.

“The defendants had also scared the plaintiff by advising him to remove his left kidney immediately as they presented threats that the cancer may spread to his other organs.

“They have breached the standard of care that has to be followed by a specialist and have been negligent in their job.

“Such an act is irresponsible and unethical. Cases of medical negligence in Malaysia have been rampant but most patients are unable to sue the hospital and doctors in court as it costs a lot of money.

“They have acted in haste for the sake of making a fast profit from the removal of the left kidney right away, without any conscience,” he said in his statement of claim filed by his law firm AG Roseli and Paul.

He has also sought for a special damage of RM67,831 for the cost of treatment incurred during the period where he was considered a cancer patient, which brings the total damages sought from the first hospital to RM15,067,831.

Paul sought RM15 million in damages from each of the other two hospitals.

In a statement of defence filed by the three hospitals and eight doctors named as co-defendants, all parties denied claims made by Paul.

In the defence filed by the first hospital, it said the doctors who diagnosed Paul were “independent contractors” and hence not under the hospital’s control.

It denied claims of negligence as alleged and sought the claim to be dismissed since it was filed some six years later.

The other two hospitals also made similar denials, saying they had acted professionally and followed the standard of care afforded by a private hospital.

The eight doctors who were named as defendants in the case also denied the claims. - FMT