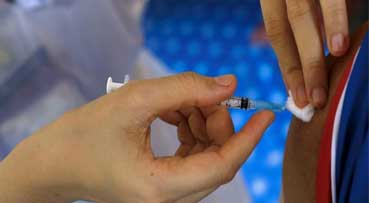 The assessment of the COVID-19 Vaccine Pharmacovigilance Special Committee (JFK) on 460 reports of adverse effects of immunisation (AEFI), found that none of the reported deaths were directly related to the vaccine received.

National Pharmaceutical Regulatory Agency (NPRA) director Dr Roshayati Mohamad Sani said these findings were part of a total of 610 serious AEFI reports involving deaths among COVID-19 vaccine recipients which required a complete investigation and detailed assessment of the linkage to the vaccine.

“A total of 150 reports are still in the process of investigation before being evaluated by JFK,” she said in a statement today on the status of the AEFI reports on the COVID-19 vaccine until April 8.

Of the 1,552 reports involving booster dose recipients, 137 reports or nine per cent of the total AEFI reports of booster doses were classified as serious, she said.

According to her, there was one case involving a death that took place outside of a health facility who was brought in dead (BID) which is still under further investigation, and initial reports found that the child had a pre-existing illness. - Bernama