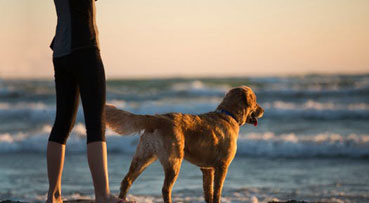 The Selangor Health Department (JKNS) today confirmed that another elderly man was infected with rabies in the Kuala Langat district on April 22, making it the second case reported in the state thus far.

He said that the victim was first referred to the Telok Panglima Health Clinic due to anaemia before being admitted to HTAR.

The victim's family members also noticed changes in the senior citizen's behaviour, as he used to be an active person and able to manage himself.

"Examination found that he had a wound on his right leg that had not healed for the past two months. For the past two weeks, he also complained of headaches and loss of appetite.

"He also has a history of having been bitten by a wild dog in his residential area on Carey Island two months ago," he said in a post on JKNS official Facebook page.

He said that a cerebrospinal fluid (CSF) sample and a nuchal biopsy of the victim were done on April 22, and confirmed positive for rabies by the Institute for Medical Research (IMR).

Dr Sha'ari said the senior citizen was now in a stable condition and was still being treated at the HTAR isolation ward.

On April 14, JKNS confirmed that there was a case of death involving a local man who was diagnosed with rabies on April 4. -- Bernama