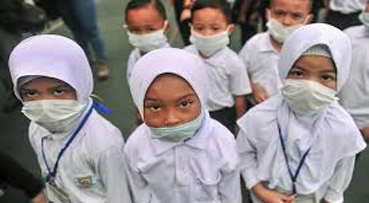 A total of 33 pupils of the Sekolah Kebangsaan (SK) Taman Pasir Putih in Pasir Gudang here, were reported to experience nausea and vomiting after complaining of a foul smell during school session this morning.

Johor Education Department deputy director (school management) Ab Rahim Lamin said 25 pupils were initially reported to experience the symptoms at about 7.30 am before the number increased to 33 at 9 am.

“Those affected involved five boys and 28 girls, with the majority are from Year Four with 17 pupils, Year Five (seven) and Year Six (nine),” he said.

Ab Rahim said all of them were sent to the Pasir Gudang Health Clinic for treatment and that the school had contacted the Fire and Rescue Department for appropriate action.

He said of the 33 students, 17 of them – three boys and 14 girls – were reported to have experienced similar symptoms before.

He said the school session, however, continued by moving pupils from Year Three and Year Four to the lower floor of the school buildings.

SK Taman Pasir Putih has a total of 1,119 pupils with two sessions, he said.