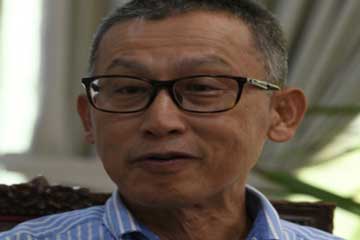 Thailand is looking to enhance its investment in Sabah, particularly in the medical tourism sector and niche tourism packages.

"With the port and terminal facilities in Kota Kinabalu, the Pan Borneo Highway and diversification of industrial base, we see Kota Kinabalu as the main gateway to BIMP-EAGA.

“We hope Thailand can be part of this growth area," he said, addressing a trade forum and business matching titled ‘Bridging Trade and Investment - Relations Between Thailand and East Malaysia (Sabah)’, here today.

The ambassador was leading a group of Thailand businessmen and members of Thailand's Board of Trade to seek out potential investment and trade opportunities in the state.

At the same time, he said Sabah could leverage on Thailand’s expertise in agriculture, in line with the state’s vision to diversify into the sector.

“Thailand is Sabah’s third-largest trading partner (in ASEAN) but the volume still small and we have yet to achieve its full potential,” he said, adding that in term of the country to country, Malaysia is Thailand’s main trading partner in ASEAN with trade value stood at US$25 billion last year.

Meanwhile, Sabah Chief Minister Datuk Seri Mohd Shafie Apdal said there were many industries that the state and the country could explore together, including in the state tourism industry that was growing rapidly.

"Apart from the tourism sector, Sabah's economy has been predominantly export-oriented and dominated significantly by primary commodities such as agriculture, mainly palm oil, forestry and petroleum,” he said, adding that the state government was planning to diversify into new industries to open up job opportunities for the locals.

“… the state also expects that the automotive sector will be a new source of revenue and further enhancing overall economic development in Sabah," he said in his keynote address that was read out by the state Finance Assistant Minister Kenny Chua.

Mohd Shafie said other sectors included the wood processing industry and manufacturing that had been heralded as the new growth sector for the state.

"These are just a few examples of the business potentialities that Sabah and Thailand could accomplish by complementing each other competitive advantages and strength.

"I do believe that, with a closer collaboration of both private sectors and government agencies, Sabah and Thailand could further reinforcing the relationship and united in our endeavour to advance trade and investment activities in boosting growth," he said.

The one-day forum, organised by the Department of International Trade Promotion, Ministry of Commerce Thailand, aimed to raise awareness among Malaysian entrepreneurs in Sabah on potential trade opportunity with Thailand and enhance a closer partnership between private sectors from the two countries.