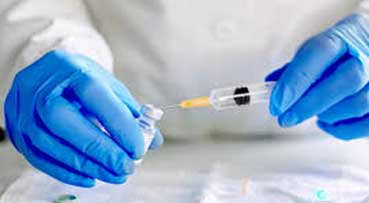 A total of 16 Covid-19 cases, involving the virulent Delta variant, which caused a rapid spread among industrial workers was detected in Johor last week.

“This was followed by Segamat with two cases, while the Muar, Batu Pahat and Pontian districts reported one each.

“However, the number of VOCs reported in the state is small and under control,” he said when answering a question by Abd. Taib Abu Bakar (Umno-Machap) regarding the significant increase of Covid-19 cases in the state.

Vidyananthan said this at the Johor state assembly in Kota Iskandar here today.

Meanwhile, Vidyananthan said the sharp spike of cases reported in Johor usually followed the increase in cases in other states.

“Recently, the high prevalence of cases was recorded during the third wave of Covid-19 in Johor and this is closely linked to the increase in cases in the Greater Klang Valley.

“Contagion within the industrial sector in the state is closely linked to the many industrial workers who move across the state to Red Zone locations for the purpose of getting their vaccinations.

“With the entry of Covid-19 cases into the state, several internal factors were found to have facilitated the spread among local communities, including in the industrial sector where 142 industrial clusters are reported to be active to date,” he said.

Vidyananthan, who is also the Kahang assemblyman, said the Johor Health Department found that industrial workers who crossed the state to Red Zone locations brought back the Covid-19 virus and subsequently transmitted it to colleagues and housemates living in workers’ hostels.

“The spread of cluster cases involving the community in Johor is largely due to visiting activities during the festive season or funeral ceremonies.