Too risky to reopen for dine-in 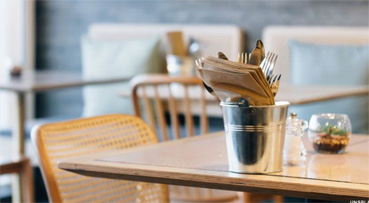 Restaurant operators in states under Phase 1 of the national recovery plan have expressed hesitancy in reopening for dine-ins, citing the lack of clear SOPs and high number of new Covid-19 cases daily.

Wong Teu Hoon, president of the Malaysia-Singapore Coffeeshop Proprietors Association, said he was surprised by the relaxed regulations, adding that being in Phase 1 meant that it was still unsafe to open up.

“It is too sudden and many people have asked for our opinions as well. We can only tell them to consider opening when they are fully vaccinated,” Wong said, adding that the SOPs remain unclear.

He said it felt as if the matter was rushed without proper consideration of the current Covid-19 situation, which has seen a spread of the Delta variant and a record high 22,948 cases reported yesterday.

“I am personally very worried (about reopening) as the cases are very high. We can see that Kuala Lumpur and Selangor have many people who are vaccinated, but the cases have not gone down.”

Shankar Santhiram, founder of The Fire Grill in Taman Tun Dr Ismail in Kuala Lumpur, said many restaurant owners were frustrated at the government’s last-minute announcement made at 5pm yesterday.

“Everyone is forwarding the announcement but aren’t we supposed to follow certain protocols? What are those protocols?” he asked.

For now, he said, restaurant owners want to know how many customers they can take in or how many fully vaccinated diners can sit at a table.

“We’ve spent thousands of ringgit to pay taxes, made sure we comply with the regulations and paid for our licenses, rental and staff. Shouldn’t we be given a little bit more information so that we can stop struggling after a year?”

Although several customers have written in asking if they could dine-in, Shankar said his restaurant will delay its reopening as some of his staff were still waiting for their second dose appointments.

“I wouldn’t be surprised if many Klang Valley restaurant operators aren’t opening tomorrow because we’re not prepared. This is another plan that was not thought through,” he said.

Malaysian Medical Association (MMA) president Dr Subramaniam Muniandy said the country was not ready to allow dine-ins in states under Phase 1, even if it was only for fully vaccinated customers.

“This rule applies to the general public. But what about the people working inside the restaurant or food delivery riders? For diners, they will have to consider whether the restaurant is sanitised properly,” he said.

He told FMT the focus should be on fully vaccinating at least 80% of the adult population first, adding that this must be equally distributed among urban and rural areas.

“We had a target of 4,000 and fewer (infections) the last time. Now we’re seeing five times that number but we’re saying it is okay to open up,” he said.

“There must be a balance between being fair to businesses and to the healthcare system.”

Caretaker prime minister Muhyiddin Yassin announced yesterday that those fully vaccinated will be allowed to dine-in even if they lived in areas under Phase 1, effective midnight.

Premises owners were instructed to ensure that customers show proof of their Covid-19 vaccination digital certificate. Children aged 17 and under may accompany their parents but must adhere to strict SOPs.

Muhyiddin said further details on the relaxed rules would be issued by the National Security Council (MKN) soon. - FMT