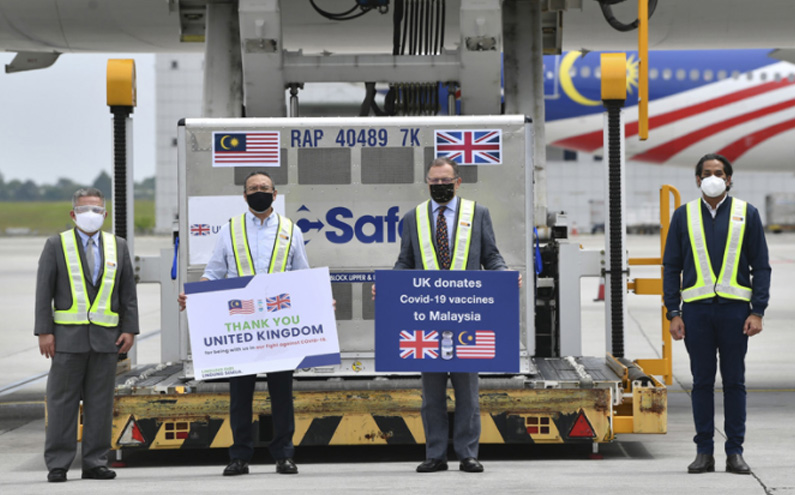 Malaysia today received 415,000 doses of the AstraZeneca vaccine contributed by the UK, which will further boost the national Covid-19 immunisation programme.

The consignment, which was flown in via Dubai on Emirates Airline, landed at KLIA here at 2.20pm.

The vaccine supply is the fourth contribution from foreign countries to Malaysia. Prior to this, Japan had donated 998,400 doses of AstraZeneca, the US contributed 1,000,350 doses of the Pfizer-BioNTech vaccine and China gave 500,000 doses of the Sinovac vaccine.

Expressing appreciation for the UK’s contribution in a joint press conference with Hay, Khairy said: “This contribution will ramp up the vaccination efforts in the country. We currently have the highest vaccination rate daily per capita in the world.”

He said about 62% of the adult population in the country had received a single dose while 31% had been fully vaccinated.

According to Khairy, the AstraZeneca vaccines received today would be delivered to the various states for people who are getting their first dose.

“We are also scheduled to receive another batch of some 500,000 doses of the AstraZeneca vaccine at the end of the month for use as the second dose,” he said. - FMT