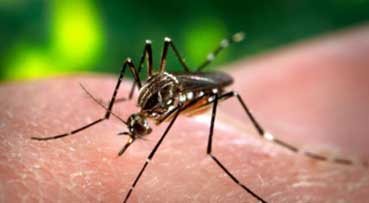 The cumulative number of dengue cases recorded in Negeri Sembilan has shown an increase of 30.8 per cent from January to Dec 5, which is 2,816 cases compared to 2,513 cases recorded in the same period last year.

“In the 49th week, from Nov 29 to Dec 5, as many as 26 cases were reported in the state,” he said in a statement, today.He said one dengue death was reported to date, bringing the death toll to nine or 0.3 per cent compared to 10 cases (0.5 per cent) for the same period last year.

According to Veerapan there were 10 active dengue localities, nine in Seremban and one in Tampin.

“People are encouraged to clean their premises for 10 minutes every week to eliminate all water-holding containers and potential breeding grounds for aedes mosquitoes, thereby preventing the spread of dengue fever,” he said. - Bernama