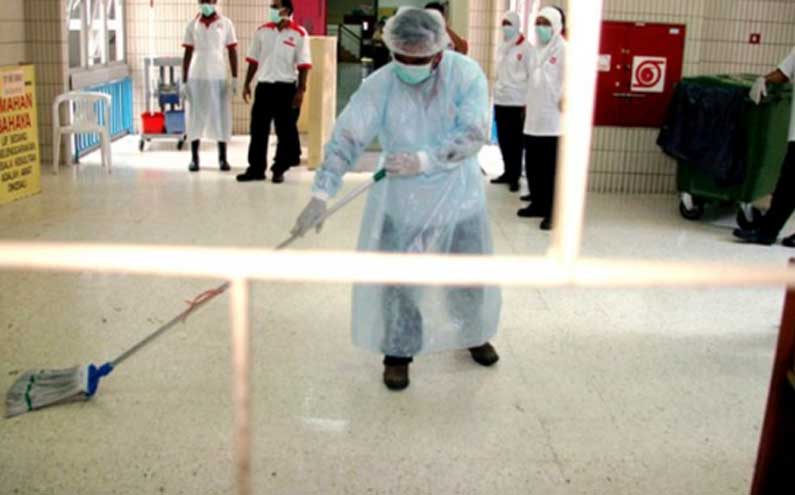 Contract workers in hospitals such as cleaners are now included in the first phase of the National Covid-19 Immunisation Programme as frontliners.

Science, technology and innovation minister Khairy Jamaluddin said that Putrajaya was covering the health sector as widely as possible. “This will include contract workers at hospitals, those involved in cleaning. They are included in the first phase,” he told a press conference after Prime Minister Muhyiddin Yassin received the first vaccine.

Four other frontliners joined Muhyiddin and health director-general Dr Noor Hisham Abdullah in getting the first doses of the Pfizer-BioNTech Covid-19 vaccine. The four others comprised a nurse, medical officer, medical assistant and an ambulance driver.

Khairy said the Covid-19 Immunisation Task Force was still discussing a proposal to include high-risk teachers in the first phase of vaccination.

Previously, Dr Hanif Zailani, a public health expert from the ministry’s disease control division, said there was not enough supply of vaccines to immunise hospital cleaners in the first phase.

Khairy said the public may register for the vaccines through the MySejahtera application for now, with online registration and through the immunisation programme’s hotline set to begin from March 5.

He added that manual registration counters would be opened up at government hospitals and clinics too, while mobile units will be deployed to reach out to those in the interiors.

He clarified that early registration through the application would make no difference if one was categorised under Phase 3, maintaining that the programme will prioritise the first and second phases.

Red zones in states will also be given the priority for vaccination, whereas if most or all districts in a state are green zones, then population density will be taken into account.

He also said the feature to register dependents for the vaccine through MySejahtera should be ready by the middle of next month.

“This will help people register their elderly parents who might not have MySejahtera, for example,” he said.

Khairy also said individuals who have registered will be informed of their appointment dates and vaccination centre location two weeks prior to their appointment, either through the application, phone call or text message. - FMT