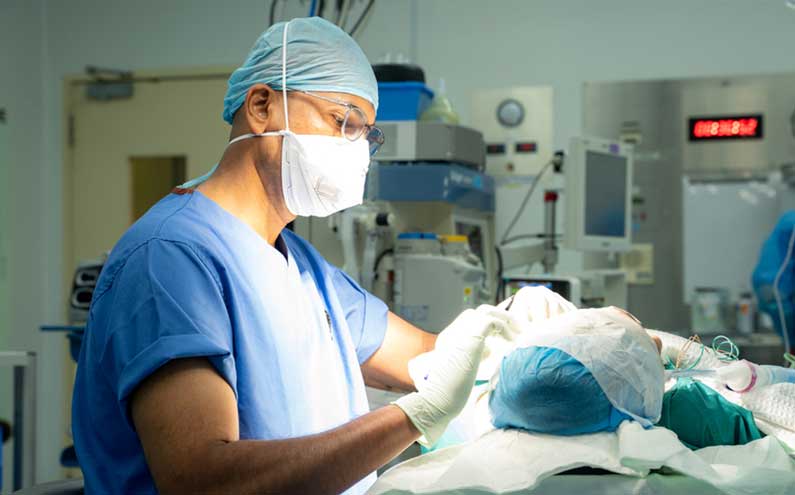 Every year, World Hearing Day falls on 3rd March. Imagine a world that is silent – no birds chirping, no music and no words to be heard. That’s how seven-year-old Suri (not her real name) has heard the world for the past three years. However, in January this year, her silent world took a delightful turn for the better.

“Cochlear implant surgery is traditionally done with a 2D operating microscope and now, it can be performed using a 3D Exoscope, making us the first private hospital in Malaysia to do so. The surgery on Suri went smoothly without any difficulty and using the Exoscope, precise, complicated surgical manoeuvres were performed flawlessly,” acclaimed Dr Shailendra.

Wonders of sounds for a child

Suri was four years old when her mother, Samantha, noticed she did not respond when being called. She was diagnosed with severe hearing loss in both ears and was fitted with hearing aids. Her speech was also found to be two years behind her age, which required her to undergo speech therapy. A specific cause of her hearing loss could not be identified, and she did not have any family history of hearing loss.

“She would go about her day lip reading and reading facial gestures – until the pandemic hit. It was really challenging when classes started being conducted online. She could hardly hear a word her teacher was saying over the computer, and face masks meant she couldn’t lip read,” Samantha said. 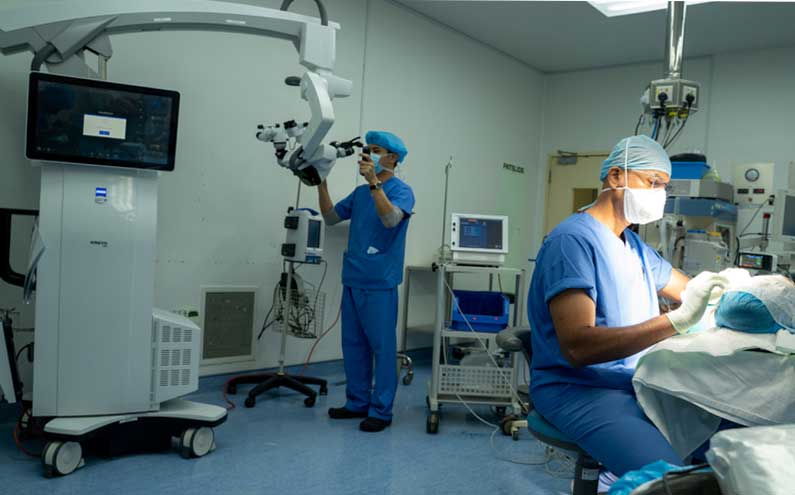 As the years passed, Suri’s hearing continued to deteriorate until a point that her hearing aids were no longer helping her.

“We were introduced to Dr Shailendra at Sunway Medical Centre, who told us about a Cochlear implant. I feared Suri would not be able to function normally in society if her condition continued to decline. So, I decided that she should have this implant. I trust her speech will improve with better hearing,” Samantha expressed.

It would be another two weeks after surgery before the Cochlear implant was activated. Those two weeks were pretty rough on Suri who couldn’t hear at all, making communication hard between her and her family. Samantha said her daughter was silent the first 5 days and slowly came out of her shell when she started communicating through text.

Dr Shailendra explains that a Cochlear patient’s initial hearing will not sound like normal hearing when the implant is switched on as the device needs to be tuned and adjusted to fit the individual. The implant mapping process may take up to 6 months after surgery, and this varies between patients depending on their individual responses.

“Suri was quite nervous on the day and when it was switched on, she was a little overwhelmed with the new sounds that she was hesitant to wear the external component. She tried it again after some persuasion on the lowest volume to let her gradually warm up to the new sounds she is experiencing.

“Until the day of surgery, I was still second-guessing my decision. Did I make the right choice to put Suri through such a major surgery? But looking at her now (about a month after surgery), she has made good progress since the implant was switched on. She is discovering new sounds every day and has become more cheerful and alert of her surroundings,” Samantha said.

“I’m happy for Suri and her family because I understand the difficulties they have gone through. This is a big step towards regaining her hearing and it is extremely rewarding to be able to restore a person’s hearing as it is one of our cardinal senses. It satisfies me the most to see a Cochlear implant patient being able to live a normal life among their peers,” Dr Shailendra expressed.

“With Suri, her hearing loss has affected her speech which has impacted her education and learning. Now, we are hopeful that she will be able to communicate better when she goes back to school. Our journey has a long way to go, but this does mean a brighter future for Suri,” Samantha said.

The use of robot-assisted technology is the way forward and becoming a norm in many surgical fields. The 3D Exoscope is among many advanced robotic surgical camera systems to help improve surgical precision and patient safety. For Cochlear implant, this has certainly proven to be a sound decision.