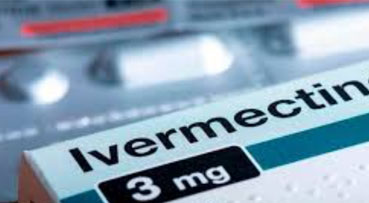 Malaysian researchers found that treatment with the anti-parasite drug Ivermectin did not prevent patients with Covid-19 from becoming severely ill in a randomised clinical trial published in the Jama Internal Medicine journal on Friday.

The researchers said their findings do not support the use of Ivermectin for patients with Covid-19.

The study enrolled 490 patients with mild to moderate illness at 20 hospitals and a Covid-19 quarantine centre in Malaysia. Everyone received standard care; half the group also received Ivermectin.

Severe disease developed in 21.6% of the patients given Ivermectin and in 17.3% of those who received only standard care, the researchers said. They defined severe disease as requiring oxygen to help with breathing.

There were no statistically significant differences between the groups in rates of ICU admission, need for mechanical ventilation, or death, according to the study.

Doctors and patients all knew which group the patients had been assigned to, and this kind of “open-label” trial design could have introduced bias, potentially overestimating the effect of the drug, the researchers said.

The use of Ivermectin to treat Covid-19 is currently being investigated in a UK trial run by the University of Oxford. The researchers have said they do not want to comment until they have results to report. – Reuters