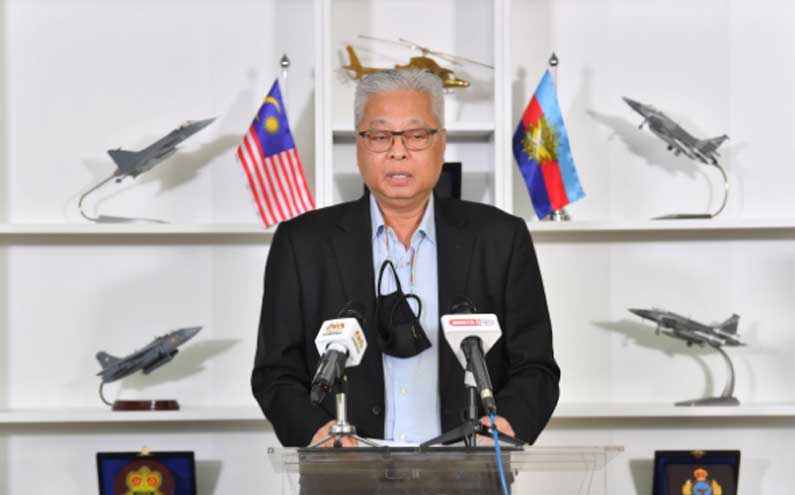 Private hospitals can be directed to take in Covid-19 patients and their labs be used for tests once the Emergency Ordinances are in effect, says Senior Minister Datuk Seri Ismail Sabri Yaakob.

He said before the proclamation of Emergency, private medical facilities can reject patients who are positive and the Health Ministry has no power to order them otherwise.

“However, with the Emergency Ordinance that is in place after the proclamation of Emergency, the ministry has the power to direct private hospitals to take in Covid-19 patients and action can be taken against them if they refuse, ” he said on Thursday (Jan 14).

He said that the Ordinances, once the Yang di-Pertuan Agong has consented, would also allow the Armed Forces to arrest undocumented migrants entering the country via illegal routes, a move which previously can only be done by the police.

He also said stern action can be taken against employers who refuse to send their foreign workers for Covid-19 screenings, adding the Ordinances would allow authorities to determine penalties that are more deterrent.

“There is a lot that we can do to help deal with the pandemic. That is why the Emergency proclamation is needed, ” he said.

On Tuesday (Jan 12), the Yang di-Pertuan Agong Al-Sultan Abdullah Ri’ayatuddin Al-Mustafa Billah Shah had consented to a state of emergency being declared under Article 15 of the Federal Constitution.

The nationwide state of emergency until Aug 1 is to curb the Covid-19 pandemic that has reached alarming levels in the country. - NST