Another Perkeso Rehabilitation Centre to be built in Perak 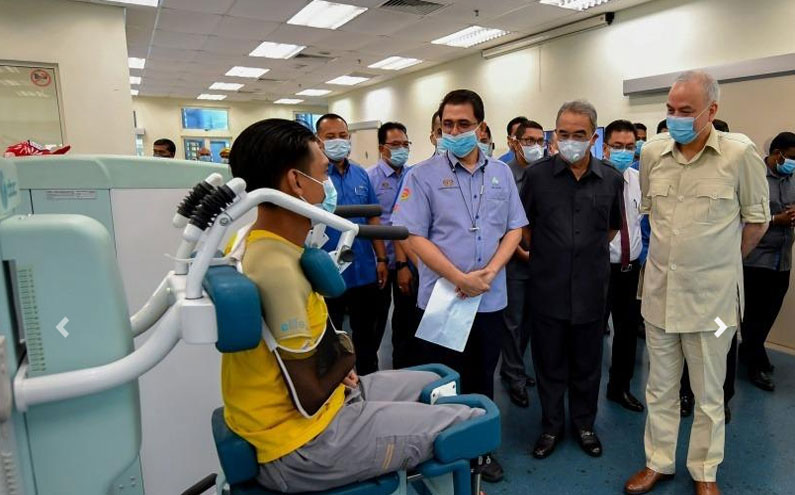 Another Social Security (Perkeso) Rehabilitation Centre will be built in Perak in the near future, said Human Resources Minister Datuk Seri M. Saravanan.

He said the centre will be made the National Robotics Centre as it will be equipped with various robotics-based technology and sophisticated facilities to help people with Socso insurance get treatment.

He said this was the second such centre in the country, with the first, the Tun Abdul Razak Perkeso Rehabilitation Centre in Hang Tuah Jaya here, to meet the needs of people with Socso insurance get rehabilitation services, especially those in the northern states.

“The construction (of the centre) will be expedited as most of the patients at the Tun Abdul Razak Perkeso Rehabilitation Centre in Melaka are from the north, “ he told reporters here today.

Earlier, Saravanan was present during the visit by Sultan Perak Sultan Nazrin Shah arrived at the centre to view the facilities including the neuro-robotics rehabilitation and cybernics centre.

The Tun Abdul Razak PERKESO centre began operations on Oct 1, 2014 to help people with Socso insurance and workers recover physically and vocationally so that they can rejoin the workforce.