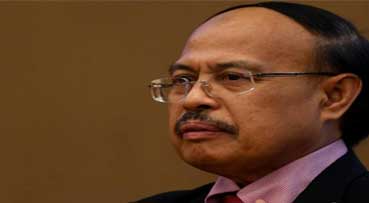 Claims made by several parties that Malaysia is not being transparent enough in revealing COVID-19 numbers is not accurate, said former Deputy Director-General (Medical) Datuk Dr Rohaizat Yon.

He said the Ministry of Health (MOH) had developed all plans including preparing its laboratories across the country for COVID-19 tests when the outbreak started in Wuhan last December.

“Malaysia currently has 45 labs equipped for COVID-19 tests to be conducted daily...so I would say the statement (allegation) is not accurate,” he said when appearing as a guest on Bernama TV’s programme, The Nation, here today.

The programme entitled ‘The Panglima Perang of MOH’ among others highlighted Dr Rohaizat’s past experience with MOH, COVID-19 outbreak in Malaysia, as well as his post-retirement moments.

Dr Rohaizat retired on June 10 after serving the MOH for 35 years and he was one of the country’s war generals in the fight against COVID-19, as he could be seen standing next to Health director-general Datuk Dr Noor Hisham Abdullah during his daily press conference in Putrajaya.

When asked if there would be another wave of infections as new clusters were being detected, Dr Rohaizat said the possibilities cannot be ruled out, but as long Malaysians remained compliant with the standard operating procedures (SOP), the number can be reduced.

“JP Morgan predicted COVID-19 cases to peak at approximately 6,300 cases in mid-April, but it never happened...why? Because we have done all our level best,” he said while urging the public to continue to adhere all SOP set by the government.

Speaking on his post-retirement, Dr Rohaizat said he now has ample time to spend with his 84-year-old mother who has dementia, family members and also to settle his personal matters.

“In the first two weeks after retirement, I was still busy but less stressful and only after that I started to have my own leisure time, to enjoy simple pleasures in life,” he said.

When questioned on his unforgettable moment as a health practitioner for about three decades, he said it was in 2004 when his father suddenly collapsed in the hospital during visiting hours.

“We tried to get the doctors in charge and helped the health team to intubate my dad. My hands were shaking, I had to intubate my own dad with tears rolling down and prayed hard for God’s mercy on him. He survived for 18 months after that. Thanks to all the doctors,” he added.