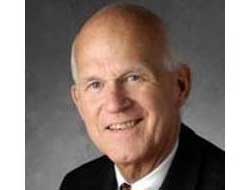 Depression, a mental health disorder, is a leading cause of disability worldwide, according to the World Health Organization (WHO). It is a common illness, which has affected millions globally, and the numbers continue to rise.

While there have been known and available treatments for mental disorders, access to mental health care is lacking and inadequate training to recognizing signs of underlying signs of mental illness is resulting in inaccurate assessment/diagnoses required for effective care.

Healthcare Asia (HCA) daily’s exclusive interview with Dr Robert C Smith, a primary care internal medicine physician and University Distinguished Professor of Medicine and Psychiatry at Michigan State University explores about the training gap among medical practitioners in identifying and treating mental illness, especially among patients who suffer from other co-occurring diseases; as well as on other approaches that could help curb the numbers of depression-related suicides and the cost of inaccurate management to mental-health related conditions.

HCA: Where are we as far as mental health situation is concerned?

HCA: Have the figures increased during the pandemic?

Dr Smith: From all the things I’ve read, it has tremendously increased. If you think about it, with the pandemic, people who were depressed before, often become depressed because they’ve lost jobs; they’re isolated. People who are already depressed get worst for the same reasons. Then there is the fear of developing the virus and ending up in the intensive care unit, which is even more stressful to people. And it gets even worse with the pandemic because people who already have a disease, like high blood pressure or cancer or diabetes – those people when it is severe, also frequently are depressed, and in turn, with the Covid-19 on top of that, simply makes things worst for them. So it has posed a tremendous mental health problem.

HCA: Do genetics play a role in mental health?

Dr Smith: Genetics play some role in mental health, particularly in more severe disorders like schizophrenia but also to some extent than depression. But there is a large element in mental health that has very little, if anything to do with genetics. Rather, it is external stresses, like the Covid-19 virus, lack of job, crowding, poor diet, and a host of other things, particularly, being isolated with the coronavirus. And so there is a huge component that has nothing to do with genetics in mental illness.

HCA: So it is more “environmental”?

Dr Smith: Exactly. And the whole idea is that we don’t think of any illness being medical or mental as being just due to a disease – or in the case of mental illness, is rather a combination of biological factors with psychological and social factors, so-called environmental factors, and they all go together.

HCA: Do countries where there are a greater number of people living in lower income brackets/poverty also show greater prevalence of mental health problems?

Dr Smith: It is a terrible problem among people in the lower income areas, because: A). They are in areas where they can’t access (mental health care); B) They can’t afford it; C) the circumstances that lead to their lower socio-economic status themselves create depression. (The prevalence) is 50-60% in very low socio-economic status areas.

Domestic violence during the lockdown

HCA: There have been reports of increased incidence of domestic violence during this pandemic lockdown. Does isolation trigger aggressive behaviors or increase mental health imbalance?

Dr Smith: (Pandemic-related isolation) is a terrible problem…everyone feels it. It is very stressful. In households where there already is the potential for domestic violence, this simply brings people together in a continuous basis, more frequent basis. For some people they can resolve stressful circumstances more peacefully; but not for some others. Other problems, as we are all isolated and confined at home, alcohol use and drug use is greater, and that fosters, in turn, domestic violence.

The stealthy signs of depression to watch out for

HCA: What are the manifestations of depression?

Dr Smith: Many people with depression, and this is not just (those in the) lower income , it is across the board, do not understand that they are depressed, rather they simply have physical complaints, bad headaches, backaches…in fact that is one of the great problems in recognizing depression is that people come to doctors with their headache, their backache, their constipation, diarrhea, whatever the physical complaint may be. And the more severe it is, and this can be due to various diseases, but the more severe it is, the more likely they also are depressed.

So the issue in recognizing depression, and thereby be able to treat it is to recognize that many depressed and other mental disorder sufferers do not come to the doctor and say they feel depressed, They come in rather with various physical complaints. And what doctors don’t know because they have not been trained in mental health, but what they don’t know to do is that to go beyond the physical complaint itself. And so what you need to do in someone who has advanced cancer or advanced diabetes and they come in with various physical complaints is to also ask, “How is your mood?”.

Particularly in certain societies tend not to be very forward with feelings and emotions and so they present with physical symptoms. And the doctor then needs to know, ask about underlying psychological symptoms like depression.

HCA: So when a patient comes in, say, complaining of stomach ache, what you are suggesting is for the doctor to also discover an underlying symptom, i.e., depression by asking questions like, “are you in a bad mood?”

Dr Smith: That is exactly right. But I am not talking about everyone who has a physical complaint. I am talking about people whose physical complaints have lasted a long time – three, six months or longer than that; and who are terribly troubled by them. I mean, think of it yourself: If you had, say, advanced cancer, and could no longer do things you’d like to do. You could no longer talk to your friends, that makes people get depressed. It’s the disability of long-term physical disease that makes people depressed. But doctors tend not to ask about it because they don’t understand this. And these patients then do not get treated. And it helps very much to treat these what we call co-occurring depression, in addition to treating the disease itself.

NURS skills and empathy: reading between the lines of a patient’s story

HCA: Do you think empathy is a prerequisite among physicians?

Dr Smith: Let me tell you one of the things we have come up with to teach empathy. If you could find out what the patient’s emotion is, asking something like, ‘How do you feel”? This is after the patient has been telling you a difficult story. Or you might deal with a friend that tells you a difficult story. “How does that make you feel?” Then he/she may then say, for example, “I feel upset”.

To be empathic, we instruct learners to use the NURS skills. “N” means name the emotion; “U” means understand it; “R” means respect it; and “S” means support it. And it might go something like this: (Patient) might tell me that (they) feel upset, for whatever reason that might be. And (the physician) might say, “So what makes you feel upset?” (Naming it) “I understand that must be a hard time for you” (Understanding and Respecting it) “Let’s work on that together.” (Supporting it). Those are the empathic skills. Those are the sort of skills that we teach our doctors to use in patients who are having a difficult problems or an emotional upset of some sort. They however are general interpersonal skills and you can use them with your friends, your parents, whoever.

HCA: Is there a lapse in the (medical) education system?

Dr Smith: These are figures from the US; but I think what I’ve read, it is worse in Asia and elsewhere. But I’ll give you the figures in the US. The most common healthcare problem is mental disorders. They are more common than heart disease and cancer, combined. Only 3% of all US training is devoted to mental health care. Which is to say it’s next to none – our graduating physicians are completely untrained to manage the most common problem they will see in practices. Ninety-eight percent of all training is devoted to diseases; and only 2-3% is devoted to mental health and yet it is the most common condition they will face in practice.

The problem is medical education.

HCA: How do you propose to change that?

Dr Smith: In Michigan State University, we have instituted very extensive training programs in the psychosocial and mental health dimensions of medicine. And in fact, that is what we did research on, and demonstrated that you can teach medical doctors to learn mental health care and that they are effective in deploying it. And so, it can be done, it’s just that it is not being done. And that’s those two textbooks that I’ve written in the past describe these procedures. The first one is Smith’s Patient Centred Interviewing. It describes how doctors best communicate and establish a relationship with patients. The second book is the Essentials of Psychiatry in Primary Care, and it describes exactly what medical doctors need to know to conduct primary care in mental health. And both of these are the only evidence-based methods that exist for this purpose. And so they are known to be effective. It is these skills that we are attempting to have instituted on a wide-scale basis.

HCA: What concerns are you tackling in your new book, “Has medicine lost its mind?”

Dr Smith: Why is mental healthcare so bad throughout the world? How did it happen that medicine trains its graduates only to practice disease care and ignores mental healthcare. My new trade book, “Has medicine lost its mind?” (yet to be published, as of this press time) shall go into (those concerns) and explain why . It then takes the next step and identifies a way to better to teach all graduates.

One of the issues that comes up in it, much of medicine actually knows mental health care is bad. But educators psychiatrists are so short in availability – there are not enough of them. If all medical graduates in Asia, Europe, the US, can be trained as well in mental health as they are in disease medicine – we are not trying to make psychiatrists out of everyone – but they simply need to be as competent in mental health as in diseases. If you did that, you could get rid all the opioid prescriptions and overdoses. Suicides could be prevented Doctors right now are not taught about suicide and yet in the US, it kills 48,000 people a year. Most patients who are suicidal see their doctor in the month before they commit suicide. But doctors are not trained to recognize it, that’s the problem.

Treating co-occurring mental disorders like depression of people with co-occurring diseases like cancer, high blood pressure, heart diseases, would save nearly US$50 billion (in the US) every year. And it would be more than pay for all the costs associated with training.

If medical physicians could learn to recognize and treat common mental disorders, virtually all of the 18,000 prescription opioid deaths each year could be prevented and many of the 43,000 yearly deaths by suicide could be interdicted—not to mention billions in savings to the health care system.

The doctors actually do quite a good job given their lack of training; and this is not critical doctors. They’re doing the best they can, it’s just that they are not sufficiently trained.