Health D-G: Malaysia may have all three strains of Covid-19 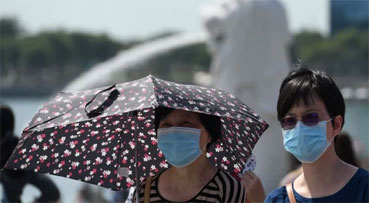 Studies are ongoing to determine whether Malaysia has all three known Covid-19 strains in the country, and whether these strains have mutated.

Health director-general Datuk Dr Noor Hisham Abdullah said studies to establish this are being undertaken by the Institute of Medical Research (IMR).

"Studies done on the samples have shown the presence of Strain B, identical to the one detected in Wuhan, China. However, there are also Malaysians returning from other countries like Japan, the United States and Middle East.

"Thus, I believe Malaysia has all three A, B and C strains but we are still studying the samples to prove this. We're also studying whether there are any mutations," he told a press conference today.

It was reported that a study by researchers in China found that the novel coronavirus has mutated into over 30 different genetic variants which have affected different parts of the world.

Dr Noor Hisham said due to the low number of Covid-19 cases, the ministry can now focus more on genomic studies on the virus.

He said the decision to allow Malaysians who returned from abroad to undergo their 14-day self-quarantine at home was done following the low percentage of positive cases among the returnees.

"Of over 50,000 Malaysians who returned from abroad, only 0.1 per cent of positive cases (554 cases) were detected. Approximately 0.2 per cent of samples tested positive for the second swab on the 13th day of quarantine, which is even less than the first swab.

"Due to this, we decided to implement self-quarantine among returnees. The high cost of hotel rooms is also a factor. This decision is in line with the World Health Organisation guidelines."

He said home quarantine was made possible also due to the MySejahtera app (created to manage the Covid-19 outbreak in Malaysia) which could be used by returnees. Those under quarantine would also be given wristbands as an identification method by the Health Ministry.

It was reported that Strain A is closely related to the virus found in both bats and pangolins, considered root of the outbreak and present in Wuhan, while Strain B, separated by two mutations from A, caused the majority of infections in Wuhan and patients in East Asia.

Strain C, on the other hand, was originated from Strain B, is the source of majority of European infections, possibly spread via Singapore. - NST