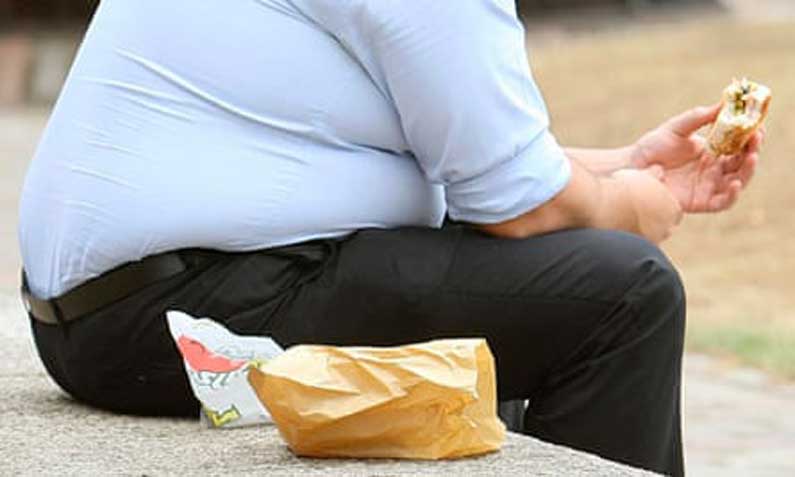 Many netizens have been complaining about their weight gain during the Movement Control Order period, which was not really a surprise considering that they were homebound and less active physically.

Some even chose not to share their current photographs on their social media accounts to avoid receiving criticism from their friends. One of them Nur Athirah Rosli, 34, a public-sector employee, had put on two kilogrammes over the MCO period.

“Whenever I felt like eating, I would order food online… it was so easy,” said Nur Athirah, who is in the obese category as she weighs 92kg and is currently following a diet and exercise regime to shed her excess weight.

The issue of obesity is nothing new in Malaysia or in the world for that matter. According to the World Health Organisation (WHO), obesity has been a global public health concern since 1975.

The concern is understandable as obesity not only increases the risk of contracting various chronic diseases but also puts a strain on the finances of governments in terms of healthcare allocations.

In a report issued in February 2020, WHO said obesity has reached epidemic proportions globally, with at least 2.8 million people dying each year as a result of being overweight or obese.

The figures are grim in Malaysia too. According to the World Population Review 2019, Malaysia has the highest prevalence of obesity among adults in Southeast Asia at 15.6 percent, followed by Brunei (14.1 percent), Thailand (10.0 percent) and Indonesia (6.9 percent).

The National Health and Morbidity Survey (NHMS) 2019 findings, meanwhile, showed that 50.1 percent of adults in Malaysia were either overweight or obese – 30.4 percent were overweight and 19.7 percent obese.

In comparison, Malaysia’s overweight and obese rates stood at 29.4 percent and 15.1 percent respectively in 2011.

NHMS 2019 defined overweight as having a body mass index (BMI) of more than 25kg/m2 and obese, BMI exceeding 30kg/m2.

(BMI refers to a person's weight in kilogrammes divided by the square of height in metres.

The NHMS 2019 data also revealed that the overweight and obesity levels were particularly high among women (54.7 percent), ethnic Indians (63.9 percent) and those in the 55 to 59 age group (60.9 percent).

“The two main factors are food and physical activity… basically, if food intake is not accompanied by energy expenditure through physical activities, the excess energy is stored as fat in the body,” she explained.

Dr Norliza, who is a senior lecturer at UPM’s Faculty of Medicine and Health Sciences, said it is worrying that obesity is also increasingly affecting children.

Data from NHMS 2019 revealed that 29.8 percent of children aged between five and 17 had excess weight, with 14.8 percent classified as obese.

The hike in the obesity rate among children over the past decade is rather alarming as there has been a three-fold increase since 2011 when the percentage of obese children stood at only 3.9 percent.

“Many children these days are glued to their computer games, tablet and television for over two hours a day and obesity among children is linked to long periods of inactivity,” she said, adding that obese children also face a higher risk of developing non-communicable diseases (NCDs) such as diabetes mellitus and hypertension at a younger age.

The early exposure to chronic illnesses will affect their overall quality of life and productivity, she added.

The main reason Malaysia’s life expectancy has been stuck at 75 years for the past one decade is due to premature deaths caused by NCDs such as diabetes, kidney failure and heart disease.

The minister said the rise in the number of diabetes cases is among the worrying findings in NHMS 2019 and that about 49 percent of diabetics in Malaysia have never been screened or diagnosed with the disease.

It has also been found that obese people suffering from NCDs who contract COVID-19 face a higher risk of developing dangerous complications that can lead to death if they fail to seek treatment as early as possible.

Health director-general Datuk Dr Noor Hisham Abdullah has said that more than 80 percent of fatalities due to COVID-19 involved patients suffering from NCDs.