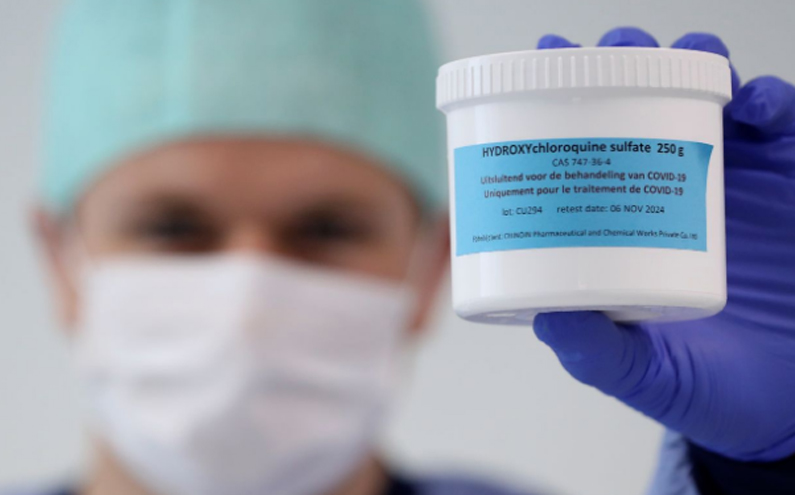 Amid a controversy relating to the use of hydroxychloroquine on Covid-19 patients, Malaysia found a way to test the anti-malaria drug on patients of the respiratory disease without harming them, says a report.

Based on interviews recorded for the report "The Malaysian Response to Covid-19: Building Preparedness for ‘Surge Capacity’, Testing Efficiency, and Containment", Malaysia relied on Chinese expertise which found that lower doses of the drug were effective, while monitoring closely for heart issues and acknowledging the need for high quality evidence.

In the report, Hospital Sungai Buloh consultant infectious disease physician Dr Suresh Kumar said: “We needed to work on what was available. At that particular juncture – albeit there not being high-quality evidence – we learned from Chinese experience that hydroxychloroquine worked, (so) we prescribed hydroxychloroquine early for all symptomatic patients.

"And on the issues aired on various forums – we didn’t use the high-dose hydroxychloroquine that Brazil said is harmful – we used the lower dosage that the Chinese recommended," he said.

Dr Suresh also said the doctors did not combine the use of hydroxychloroquine with another drug, azithromycin, because of possible cardiac problems.

"We monitored with ECG and we didn’t find anything major. It became our anchor when many patients became sick. Of course, we also tried various combinations of HIV drugs, like Kaletra, and also tried using interferon, which is an antiviral, ” he said.

The use of hydroxychloroquine became controversial following reports of deaths due to reported arrhythmia (irregular heart rate) and cardiac arrest among patients it was given to.

A The Lancet study on May 22 titled "Hydroxychloroquine or Chloroquine With or Without a Macrolide for Treatment of Covid-19: A Multinational Registry Analysis" also associated hydroxychloroquine with higher in-hospital mortality but the study was retracted.

Based on the "Malaysian Response to Covid-19" report, The Lancet's study attracted scrutiny from statisticians and medical scientists because hydroxychloroquine has been in use in hospital settings for decades and had not shown major negative effects in studies up until that point.

The report said Dr Suresh’s testimonials illustrated the challenges of working in an environment of imperfect information and the need for ingenuity and persistent learning as new evidence emerged.

For example, he detailed how he and other doctors learned early on that inflammation was a major factor in deaths, and so treatment was modified to include anti-inflammatories.

"So, quite early on we learned to use anti-inflammatory agents in selected cases that were deteriorating. We were able to prevent the intensive care unit (ICU) admissions by doing that, ” he said.

The learning was also enabled via WebEx meetings held twice a week among Covid-19 frontliners nationwide.

Hospital Kuala Lumpur Covid-19 frontliner and consultant anaesthesiologist Dr Melor Mansor said they went through each of the Covid-19 deaths and looked at how they could improve in clinical management and make recommendations that could be shared nationwide.

Dr Suresh’s shared information also indicated that data was being collected and would be contributed to the global pool.