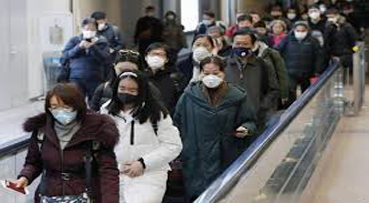 MYEG, an e-government tech provider, is now making the system, which has capabilities that include anomaly tracking, available to the Philippine government for free.

“In the interest of public health and as its contribution toward the ongoing efforts to address the spread of the virus, MYEG is offering the technology to the governments in the countries where it is currently operating, namely Malaysia and the Philippines, at no charge,” MYEG said in a press statement.

The MYEG system is fully automated and encompasses a vast number of available data points, including visitors’ previous known whereabouts as well as heart rate and blood pressure readings, cross-referenced against public transportation ridership and exposure to locations with incidences of infections.

In addition, the system provides ongoing monitoring of activities within the country, thus alerting health authorities to any anomalies and to take immediate appropriate measures such as evacuation or quarantine.

Asked whether the technology has been accepted by the Philippine government, Gonzales said: “We are in discussions with the government, which will hopefully lead to a separate announcement at a later date.”

MYEG , listed on the Bursa Malaysia Securities, said the group would work closely with Philippine agencies to “ensure the system can be deployed quickly and effectively, if required.”

The launch of the new technology comes amid the new coronavirus outbreak that the World Health Organization has declared an international emergency.

A smart health profiling and tracking system capable of handling large volumes of inbound travelers has become a matter of urgency for governments worldwide, particularly in countries popular among visitors from China, the origin of the virus that has now infected 82,000 people and claimed 2,800 lives worldwide.- Inquirer Net