Malaysia must look beyond bans and reduce health risks for smokers 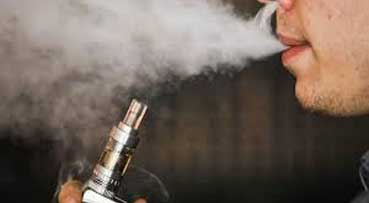 Should tobacco control policies of any country be aimed at protecting non-smokers from harm, or improving the health of current smokers? Or a combination of both?

In Malaysia, the government has taken steps to tighten controls on smoking in public, restricting smoking in most public spaces, including restaurants and bars, outdoors or in.

While the new policy aimed to reduce non-smokers’ exposure to tobacco smoke, there was very little discussion or debate about addressing the health of current smokers.

A ban on smoking in restaurants and bars, on top of existing restrictions in shopping centres, cinemas and other public spaces, may be supported by many and reduces the potential harm to bystanders such as non-smokers and youth. But what about reducing the harm to current smokers?

Do these policies mean a smoker will simply stop? Evidence suggests that smokers will adjust their habits but are unlikely to give up for good. According to the Institute of Public Health, approximately 22.8 per cent of the Malaysian population were smokers in 2015. In its latest study released in 2019, there has been only a slight fall to 21.3 per cent.

There is now a good opportunity for Malaysia to take the same path. The government announced when tabling Budget 2021 that it would soon begin imposing excise duties on alternatives to cigarettes such as electronic cigarette devices and vape liquids (it already imposes excise on heated tobacco).

The recognition of e-cigarettes and vaping for taxation should be used as a first step towards differentiating these products and heated tobacco from cigarettes, especially in Malaysia’s public health policies.

Cigarettes are basically homogenous in the sense that health risks are broadly the same. However, different alternatives have the potential to reduce harm, and could be treated differently by regulators to encourage smokers to adopt a better alternative.

Cigarettes are combustible products; that is, the tobacco is burned, releasing more than 6,000 chemicals, including nicotine, and the smoke is inhaled.

Nicotine is addictive and not risk free, but it is the tobacco smoke that is the primary cause of smoking related disease. If you remove burning from the equation there is no smoke and the amount of harmful and potentially harmful chemicals are greatly reduced by 95 per cent.

Heated tobacco, e-cigarettes and vapes are smoke-free alternatives. In the case of tobacco heating systems such as IQOS by Philip Morris International (PMI), real tobacco is heated by a device without any burning, while e-cigarettes vaporise a solution containing nicotine and other flavours.

While the harm from continuing to smoke cigarettes is clearly established, science has also demonstrated that heated tobacco products and e-cigarettes can reduce the harm to both the person who uses it and to bystanders.

Smoke-free products should be regulated differently when there is scientific evidence to prove a reduction in harmful chemicals compared to cigarettes.

This authorisation permits the marketing of a product as containing a reduced level of or presenting a reduced exposure to a substance or as being free of a substance when the issuance of the order is expected to benefit the health of the population as a whole.

The National Academies of Science, Engineering and Medicine (NASEM) in the United States and Public Health England have concluded that e-cigarettes are “safer” but not “safe.”

So the question is how much safer?

Alongside traditional approaches such as bans and restrictions, the Malaysian government can leverage technological innovations, such as e-cigarettes and heated tobacco products, so as to reduce harm to smokers.

One way to do this is to introduce strict standards for such products, to ensure that only products which are truly less harmful than cigarettes enter the market, and then regulate these less harmful products as a separate but related category.

By no means should any policy be seen as advocating or promoting these smoke-free alternatives to non-smokers or youth, but the entry of these products into the Malaysian market can be used as a stepping stone towards policies that will help improve the health of all.

In the United Kingdom, the authorities have taken a progressive approach by offering e-cigarettes as an alternative to cigarettes as part of its smoking cessation policy. Such a policy recognises the difficulty smokers have in giving up and is clearly an attempt to reduce harm to the smoker.

While such a step would be a new direction for Malaysia, we have a proud and successful record in introducing harm reduction measures in other areas of public health, such as tackling HIV.

It therefore makes sense to at least review our approach, and consider the health of all, smokers and non-smokers alike. - Malay Mail