COVID-19: All arrivals in Malaysia must pay for mandatory hotel quarantine 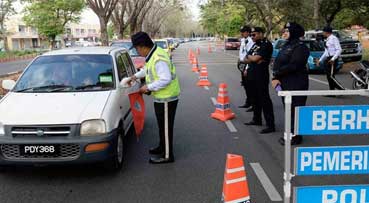 Anyone travelling into Malaysia will have to pay for their compulsory COVID-19 hotel quarantine from Jun 1, said Senior Minister Ismail Sabri Yaakob on Wednesday (May 20).

Foreigners and permanent residents will have to pay the full cost of RM150 (US$34.50) a day, while returning Malaysians will be charged half of that amount.

The National Security Council (NSC) has made it compulsory for all people intending to travel to Malaysia to first sign an agreement to pay the quarantine charges at their nearest embassy.

The embassy will then issue a letter of approval. Airlines flying into Malaysia will be ordered to ensure that their passengers have the letter, said Mr Ismail Sabri at a daily media conference in Putrajaya.

The minister said on Thursday that returning Malaysians with disabilities will not be charged.

Another 252 Malaysians returned home on Tuesday and are undergoing quarantine, bringing the total number of returnees to 38,371 since Apr 3, the senior minister reported.

A total of 30,200 individuals have completed the quarantine and have been allowed to go home.

With the the conditional movement control order (CMCO) still in place, police have turned back more than 3,000 drivers who attempted to travel to another state without a valid reason.

“Yesterday, 3,212 vehicles attempted to travel interstate on various excuses and they were ordered to turn back by police as travelling between states is only allowed for emergency or work and those with interstate travel permits issued by police,” said Mr Ismail Sabri.

The senior minister gave the green light for the resumption of film, drama and advertisement shootings during the CMCO.

Filming activities can restart after Hari Raya Aidilfitri and production companies have to adhere to the standard operating procedures (SOP) stipulated by the NSC and the Ministry of Health (MOH).

“Among the SOP is to hold meetings and casting online, as well as the submission of all travelling records for all the production team members and artists for four weeks before starting the shooting and to ensure not more than 20 people are involved in each filming session.

“The production company is also required to appoint a safety supervisor to ensure compliance to the SOP at all stages of production. Buffet meals for workers and artists are not allowed and food should be served in individual packs,” said the senior minister.

He added that make-up artists should wear face shields and wash their hands before starting work.