No need for panic over under-dosing reports, says Boon Chye 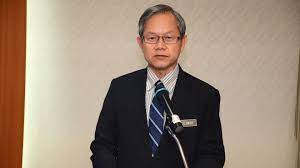 He told FMT such a mistake rarely happened.

“I don’t think the public should be unduly worried and panic over this,” he said in reference to allegations that people were given reduced doses of the AstraZeneca vaccine at the World Trade Centre Kuala Lumpur.

“I believe that any under-dosing, if it did happen, was accidental. The health officer in charge of the vaccination centre should be able to make sure there’s no recurrence.

“It should not affect the immunisation programme.”

Lee acknowledged that reports about under-dosing would affect the public’s confidence in the vaccination programme, but said this would not affect Malaysia’s herd immunity target, which is 80% of the population by the end of the year.

Complaints about under-dosing went viral on social media on May 20 after several people recorded themselves receiving their AstraZeneca jabs.

They said they suspected that they had been given less than the required 0.5ml dosage.

It was reported that a vaccine recipient later received a second jab to get the optimum dosage after lodging a complaint.

The health ministry has called for an investigation.

It has also told personnel at the AstraZeneca vaccination centres to show the syringe to dose recipients before and after the vaccination.

Yesterday, Lembah Pantai MP Fahmi Fadzil demanded that the investigation be conducted by experts and not by those involved directly in the vaccination programme.

He called for the findings to be made public. - FMT