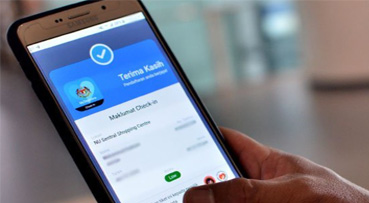 A new feature has been added to the MySejahtera application that enables the public to trace infectious diseases, besides Covid-19, in their area.

In a tweet, health minister Khairy Jamaluddin said the feature would allow users to see the number of active cases of diseases, such as the hand, foot and mouth disease (HFMD), by typing in their current location.

A few days ago, Selangor health director Dr Sha’ari Ngadiman said the number of HFMD cases in Selangor was increasing at an alarming rate, with 112 HFMD clusters reported so far.

HFMD infects children under the age of seven.

Khairy had previously announced that the app would be improved by transforming the Hotspot Tracker, which was previously used to track hotspot areas of Covid-19 cases, into an infectious disease tracker to detect hotspot areas for other diseases.

Some of the other diseases that can be traced include rabies, measles and dengue.

Khairy also reminded the public to continue wearing face masks in enclosed or congested areas as they celebrate Raya.

“If you have Covid-19 symptoms, do a self-test and report it on the MySejahtera application,” Khairy said.