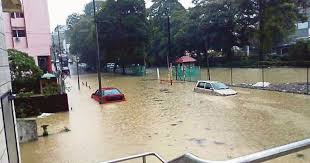 The Ministry of Health (MOH) is taking precautionary measures against the risk of dengue and waterborne diseases after the floods that inundated several states last week.

Its Minister Datuk Seri Dzulkefly Ahmad said the risk of dengue and waterborne diseases such as typhoid and cholera will increase especially after floods. “Therefore, it is necessary to do the clean-up work as soon as possible after floods, because the

(NGOs) joined forces to help residents clean up 300 houses in five villages which were affected by floods. Dzulkefly hoped the local authorities and the Department of Irrigation and Drainage would also be attentive towards the increased risk of dengue infection.

The Kuala Selangor MP also said that medical officers and nurses were stationed at all evacuation centres for flood victims.

He said patients who needed dialysis treatment were given priority so that their routine treatment would not be affected.

“Medical officers and nurses from the district health centre will be monitoring the flood victims to prevent any untoward incidents,” he said.