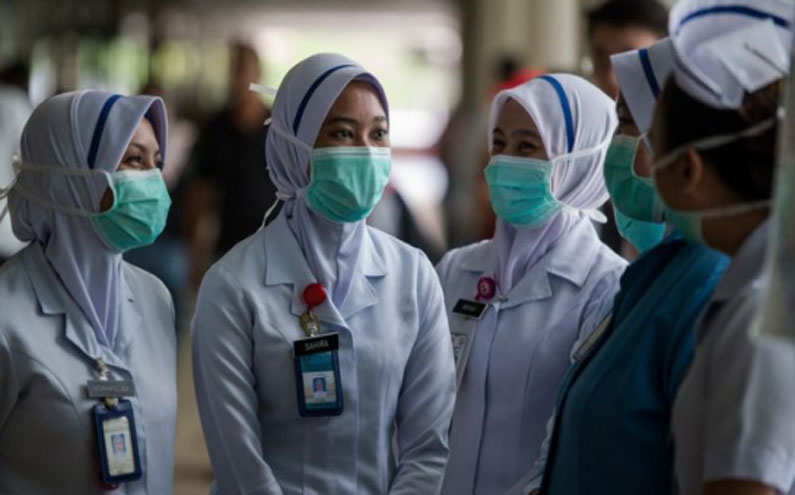 A total of 128 contract nurses have reported for duty to the Sabah health department to help in the fight against the Covid-19 pandemic, said Local Government and Housing Minister Masidi Manjun.

He said this was due to the efforts of the health ministry, adding the nurses are undergoing training before starting their duties.

“At the same time, nine medical officers from the health departments of Kelantan and Terengganu have also arrived in Sabah today,” he said in a statement here today.

He said the surgical hall at Semporna hospital has also been reopened starting yesterday thanks to funds from the health ministry. Specialists from Tawau hospital had carried out a caesarean section and bilateral tubal ligation operations.

Two ambulances have also been placed at the Semporna hospital to beef up logistical support to help address the disease.

Meanwhile, Masidi said a big rise in the number of cases in the Rumah Merah cluster came about from screenings at two blocks of the detention centre for undocumented migrants.

He said there were 111 cases recorded today (compared to 57 yesterday).

“The number of cases is expected to rise in the coming days because the detention centre has 10 blocks, housing 1,706 detainees,” he said. - FMT