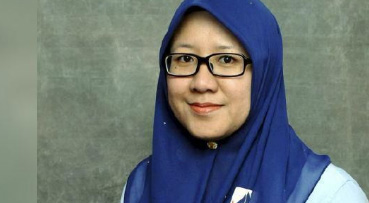 The Parti Warisan Sabah’s Kota Belud MP Munirah Majilis has urged the government to look into the rundown state of district hospitals in Sabah and especially her constituency.

In one of her suggestions, she proposed for the government to build a new hospital in Kota Belud.

At the same time, she also asked for beds to be changed in light of the severe Covid-19 situation in Sabah.

“I suggest that a new hospital be built in Kota Belud.

“Change the beds in the hospitals because there are still hospitals that are still using wooden beds or steel beds which are very old,” she told the Dewan Rakyat when debating on the Budget 2021 Bill today.

According to Munirah, when the Covid-19 pandemic hit Sabah, it was difficult to transport or shift position of the beds as they did not have wheels.

“These types of beds still exist in district hospitals in Kota Belud,” she said.

She also suggested that a molecular lab in Tawau be built to share the load of the Queen Elizabeth Hospital in Kota Kinabalu, while a public health lab is also established to help save costs of transporting Covid-19 samples.

“I understand that these are part of the Health Ministry’s plans, but I hope that they can be expedited as East Coast [of Sabah] is one of the hardest hit during this Covid-19 pandemic,” she added.

Munirah added that there is a lack of medical facilities used to treat patients, such as pulse oximetry machines.

“When talking about medical services, one of the feedback I received from frontliners is the lack of treatment facilities, such at the pulse oximetry machine that is used use to measure blood oxygen level.

“In Kota Belud, a lot of patients turn up at the hospitals complaining of breathing difficulties,” she said.

“Patient database should be digitised as manual system wastes a lot of time,” she said.

She also raised concerns regarding the lack of logistic facilities in patient transportation in March, when the pandemic hit the country.

“Since March this year, logistics to ferry patients in rural areas, for example, when there is flash floods every two or three months, the frontliners have had to use their own four-wheel-drive vehicles as ambulances,” she said.

In terms of hospitals staying on par with international standards, Munirah said operation theatres in district hospitals have been established by modifying old hospital rooms.

“Due to this, when there international assessment made by the Malaysian Society For Quality In Health, the feedback often given is that the operation theatres are not up to standard as they are still using split air-conditioning units and not centralised air-conditioning,” she said. - Malay Mail