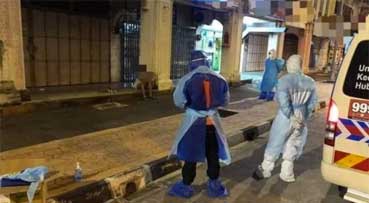 A man, believed to be a Covid-19 patient who fled from the Penang Hospital here yesterday, has been found.

The 23-year-old man was found at about 9pm yesterday at some shops in Bayan Lepas before he was picked up by medical staff and taken back to hospital.

It is learnt that the man had walked 25km from the hospital to the location where he was found.

The man, who hails from Kepala Batas near here, was found missing from his ward at 3.20pm yesterday.

He was last seen wearing a white shirt and pants. He was said to have left his pink wristband on his hospital bed before fleeing. - FMT