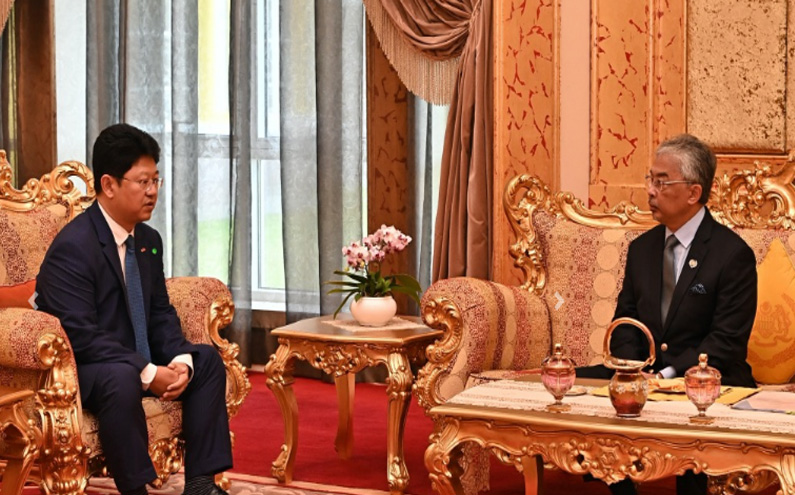 The Malaysia-China agreement on the supply of COVID-19 vaccines will be a catalyst for greater scientific cooperation and collaboration between the two countries, says the Yang di-Pertuan Agong Al-Sultan Abdullah Ri'ayatuddin Al-Mustafa Billah Shah.

His Majesty expressed his happiness as both countries still recorded positive growth in terms of total trade even though trade, in general, had been affected globally due to the pandemic.

"This reflects the sustainability and resilience of the Malaysian and Chinese economies which can be deemed complementary to both countries.

"His Majesty also expresses hope that the close ties, bilateral cooperation in various sectors and diplomatic relations between Malaysia and China established since 1974 can be strengthened and further enhanced for the common interest and economic prosperity of both countries," said the Comptroller of the Royal Household of Istana Negara Datuk Ahmad Fadil Shamsuddin in a statement today.

Malaysia and China were reported to have signed a virtual agreement involving Science, Technology and Innovation Minister Khairy Jamaluddin and his Chinese counterpart Wang Zhigang on Nov 18.

Ahmad Fadil said His Majesty also welcomed the commitment given by the Chinese Government to give Malaysia priority access to vaccines being developed in the people's republic.

This was through an agreement reached between Foreign Minister Datuk Seri Hishammuddin Hussein and his Chinese counterpart Wang Yi in a meeting held on Oct 13.

Meanwhile, Ahmad Fadil said Al-Sultan Abdullah also expressed his appreciation to the Chinese Ambassador to Malaysia Bai Tian for his three years of service in Malaysia, especially in terms of strengthening bilateral relations and cooperation between the two countries.

"His Majesty also expresses his deepest gratitude to Bai Tian for his efforts and especially to Chinese President Xi Jinping for the continued assistance and contributions that have been extended to Malaysia since COVID-19 began spreading here earlier this year," he said.

His Majesty earlier granted an audience to Bai Tian at the Istana Negara in conjunction with the ambassador's farewell ceremony.