Most Covid-19 deaths in Malaysia suffered from diabetes and hypertension 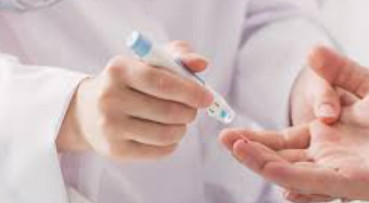 Most people who died from Covid-19 in Malaysia suffered from diabetes and hypertension, said the health ministry.

"Globally, we know that people living with non-communicable diseases are at higher risk of more serious infections and Covid-19 deaths.

"This is especially more so for people living with diabetes, particularly if their condition is poorly controlled," he said in an interview with Sunday Star.

Dr Feisul added that when a diabetes patient was infected with Covid-19, there were potentially more severe effects including inflammation.

It was reported that nearly one in five adults or an estimated 3.9 million individuals are living with diabetes in the country.

Health director-general Noor Hisham Abdullah had said it was worrying that about half of them were unaware that they had this disease.

In line with World Diabetes Day on Sunday (Nov 14), Diabetes Malaysia vice-president Jong Koi Chong urged the public to get screened regularly and recognise the dangers of diabetes.

"The prevalence of diabetes among younger individuals aged between 18 and 40 has doubled over the past 15 years.

"The rising number of diabetics mean a heavier burden of the disease and its complications: heart disease, stroke, blindness, chronic kidney disease and lower limb amputation, among others," he said.

Malaysian Medical Association president Koh Kar Chai said there was an increase in diabetes in the younger age groups, mainly due to childhood obesity.

"Being a nation notorious for having a significantly high level of obesity, Malaysians should be screened more often, such as during annual health check-ups.

"In general, adults are usually screened but we should adopt the practice of screening young obese children too," he added.

As for hypertension, it is one of the main non-communicable diseases in Malaysia, affecting three in 10 adults in the country.

This is an estimated 6.4 million people, according to the National Health and Morbidity Survey 2019. - Straits Time