Malaysia dengue cases up by 77.3% this year 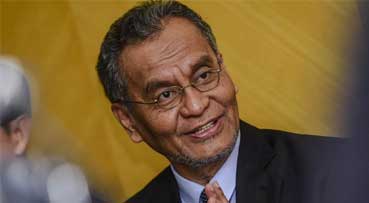 Health Minister Datuk Seri Dzulkefly Ahmad told Parliament today that up that cumulatively there are 108,606 cases compared to 61,254 cases with 154 deaths, which is a 48.1 per cent increase when compared to 104 deaths in the same period last year.

Malaysia is not isolated in experiencing this spike as other countries including Singapore, Cambodia, Philippines, Laos, Vietnam, China and Taiwan are facing the same problems as well.

The Health Ministry is trying to mitigate the problem through various means including biological warfare through the introduction of Aedes mosquitoes infected with the Wolbachia virus, fogging, and volunteer neighbourhood clean up activities among others.

Touching on the possibility of a dengue vaccine, Dzulkefly explained that there are no medical evidence that any dengue vaccines are effective ― in fact, it could make things worse.

“Unlike malaria, which also has mosquitoes as its vector, there are no medicine for dengue fever. In our efforts to find a vaccine, the proposed vaccine is not backed by medical evidence but it can bring about a worse condition.

“Since there is no vaccine, the best method is prevention,” said Dzulkefly.