Worsening NCDs need to be addressed in 2022 budget 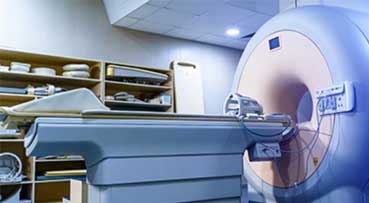 Budget 2022 must address the problem of non-communicable diseases (NCDs) afflicting millions of Malaysians which could have significantly worsened since the onset of Covid-19, says a health think tank.

Galen Centre for Health and Social Policy chief executive officer Azrul Mohd Khalib said even before the emergence of the pandemic, Malaysia was already in the firm grip of a national health problem with NCDs claiming more lives each year.

“Cancer, diabetes, cardiovascular diseases and hypertension combined have already inflicted serious damage over the past decade on individuals, livelihoods and the economy.

“Malaysia also has one of the worst five-year survival rates for breast cancer in Asia. About 70% of previous health budgets were forced to deal with the consequences of underinvestment in NCD prevention and control,” he said in a statement today.

Azrul said Galen is making several recommendations for the government to resolve NCDs in the short and long-terms, adding that the budget allocation for health should be between RM35 billion and RM40 billion annually.

He said the recommendations include large allocations, investment in NCDs treatment and health literacy, establishing a sustainable cancer fund, investing in healthcare infrastructure of Sabah and Sarawak, imposing taxes on vaping and raising tobacco taxes.

“As a pilot programme, the government should earmark an initial 5% of the estimated annual RM5.9 billion in taxes collected from alcohol and tobacco for health promotion and treatment, focusing initially on diabetes and cancer.

“This could support the sustainability of a cancer fund and upscaling innovative programmes or fund crucial lifesaving treatment,” he said.

He said the government should formulate a separately funded plan for healthcare in Sabah and Sarawak to manage their own health needs, including building infrastructure and recruiting skilled personnel.

A similar tax framework used for alcohol and tobacco products should be imposed on vape and e-cigarettes.

“About 3.9 million people are living with diabetes now, 66,000 Malaysians are expected to be diagnosed with cancer each year, and a third of the population are currently suffering from hypertension.

“The chronic nature of NCDs means patients are sick and suffer longer and require more medical care,” he said. - FMT