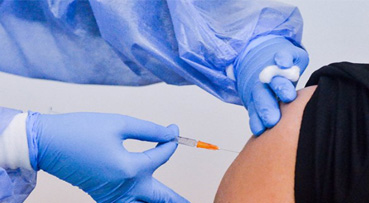 The reluctance of a group of teachers to receive the Covid-19 vaccine at the moment has slightly affected the teaching and learning process in schools, said senior education minister Radzi Jidin.

He said that although their number was only about 2,000 of the 415,000 teachers in the country, it has still affected administration in some schools.

“Although the number is very small, teaching and learning will be affected in some cases.

“There are cases of teachers who are the only ones teaching certain subjects. In this scenario, these schools will have no teachers for the affected subjects,” he told reporters after viewing the first day of school at SMK Tunku Kurshiah, here, today.

Radzi said the decision to transfer the unvaccinated teachers was not a threat but they have to do it as it involved the schools’ administration, adding that the Public Service Department has made it mandatory for civil servants to be vaccinated before Nov 1.

Meanwhile, he said the ministry was still studying a proposal to change the start of the school session from January to March in future, making next year’s session as a guideline. The 2022 school year will begin in March next year owing to the disruption caused by Covid-19.

He added that the ministry also took into consideration the feedback from stakeholders including parents and teachers, who gave feedback on the management of public examinations in states affected by the monsoon in the months of November and December. - FMT