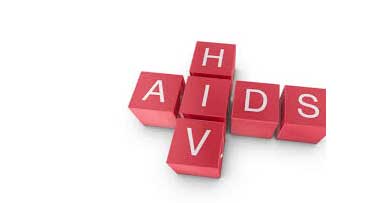 Sabah is set to become the first state in the country to be AIDS-free following the relatively low number of new HIV infections in the state, said the Malaysian AIDS Foundation (MAF).

"We have made giant leaps in HIV science. The advent of anti-retroviral treatment has reversed the outcome of AIDS from a life-threatening disease to a completely manageable infection, allowing people living with HIV to lead full lives.

"With proper access and sustained treatment, HIV infection in an individual can be suppressed to a point it is no longer transmissible thus eliminating the risk of passing the virus on to their intimate partner," she said in a statement.

In this regard, the foundation is seeking to fund its Sabah Health Access Programme (SHAPE) to assist in reducing the burden among poor rural folks suffering from the infection and associated diseases.

It is aimed at providing patients with HIV in rural areas with access to treatment at governmental health clinics and hospitals in Kota Kinabalu as well as in Sandakan.

With SHAPE, beneficiaries may receive cash allowances of up to RM150 per hospital visit and benefit from peer-led support groups, workshops, and counselling facilitated by SAGA.

SAGA president Dr Zaiton Yahaya said the association had been serving the local community impacted with HIV for more than a decade.

"We understand the challenges that they face in accessing life-saving treatment. Nothing saddens me more than seeing patients with HIV under my care fall through the cracks due to socio-economic barriers.

"With a little support, they can lead normal lives. SHAPE has been a game-changer in this respect, and we are eager to expand this programme to other more critical areas in Sabah," she said.

Due to overwhelming response and growing need for expansion, MAF and SAGA, backed by Sabah’s Health and People's Well-being Ministry, plans to introduce SHAPE in phases to patients in Semporna, Tawau, and Lahad Datu.

The expansion of the project will be funded by proceeds raised through the foundation's Red Ribbon Kota Kinabalu Gala Dinner, which will be held on Sept 29 at the Hilton Hotel.

The foundation encouraged like-minded individuals and companies to contribute to the fund. Tables at the Gala Dinner are priced at RM25,000 (Diamond), RM10,000 (Platinum), and RM5,000 (Gold).

"The Ministry is committed to safeguarding the health and well-being of the people of Sabah regardless of, and especially if they are bereft of the means necessary to gain access to lifesaving medical treatment due to their socio-economic status," he said.

Malaysia is ranked seventh highest in the adult prevalence of HIV/AIDS in Asia after Thailand, Papua New Guinea, Burma, Cambodia, Vietnam and Indonesia with a 0.45 per cent prevalence rate.