Some RM19,000 worth of candy containing controlled drug seized 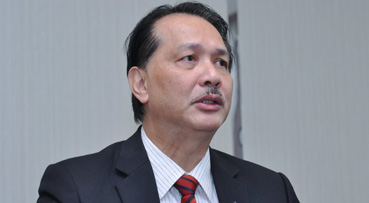 Nineteen raids have been carried out in the Klang Valley this year against those who manufacture, distribute and sell Hamer Ginseng & Coffee Candy, which contains a controlled drug that treats erectile dysfunction, says the Health Ministry.

From the raids carried out by the Pharmacy Enforcement Division, RM18,910 worth of the products containing “Nortadalafil”, were confiscated, said Health director-general Datuk Dr Noor Hisham Abdullah (pic).

"We advise people who have stocks of the products to stop any sale, distribution or consumption," he said in a statement on Thursday (Sept 5).

Dr Noor Hisham said Nortadalafil was a controlled drug used for treating erectile dysfunction and all supplies of product that contained scheduled poisons were governed by the Poisons Act 1952.

It is categorised as a Group B Poison under the First Schedule of the Act and only licensed pharmacists could supply the registered products to patients through valid prescriptions issued by a registered doctor, dentist or veterinarian, he said.

Those found guilty can be fined up to RM3,000 or jailed not more than one year, or both.

Dr Noor Hisham said this year, 87 platforms on websites and social media that sold Hamer Ginseng & Coffee Candy were also screened, monitored and had action taken against them by the division.

This was done in collaboration with the Malaysian Communications and Multimedia Commission, Facebook, and Google as well as domain registries and web-hosting companies, he said.

Twenty-one notifications had also been issued to e-commerce operators to remove the advertisements for the product since 2018, Dr Noor Hisham said.

"Collaborations were also carried out with international parties such as Interpol and overseas health agencies to stop such activities," he said.