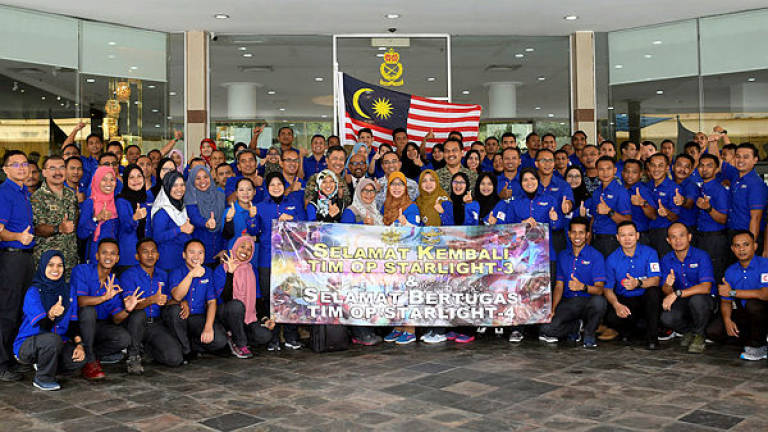 The Malaysian Field Hospital in Cox's Bazar, Bangladesh has received 83,000 patients and successfully conducted 2,300 surgery cases in 18 months since the hospital was built at the end of 2017.

Among the successes of the Malaysian Field Hospital which operates on multi-disciplines received recognition from several countries for having skilled surgery and medical specialists.

He said in this regard, the hospital also received almost 200 patients daily from the local community around the hospital while the others were Rohingya refugees.

"The Malaysia Field Hospital has high ratings in the country and it has become a reference hospital as it has good surgery facilities and equipment,” he told Bernama at a reception to welcome back Startlight 3 Op Team and the sending off of Starlight 4 Op Team at Wisma Transit here.

Dr Shamsul said it has also indirectly assisted in lightening the burden of the local government in the present situation.

“It also proved the confidence of the parties on the credibility and capability of Starlight Op Team in implementing the functions of the Malaysian Field Hospital,” he said when speaking at the ceremony.

Starlight 3 Op Team which had just returned to Malaysia, was the second group of 31 personnel, had been serving at the hospital since Feb 28.

After that, the team will be replaced with Starlight Op Team 4 comprising 56 personnel in stages this month.

The Malaysian Field Hospital began operation at the end of 2017 after more than 700,000 Rohingya refugees fled from Myanmar to Bangladesh following bloody operations by Myanmar military in north Rakhine.