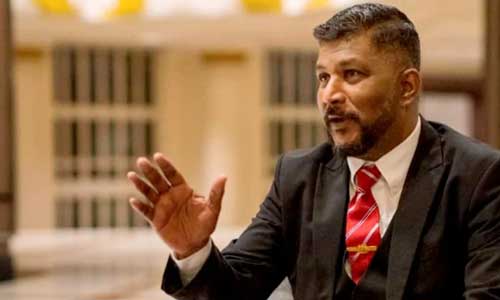 Following a brain drain issue raised among doctors, they have also agreed that an improved work environment should be arranged immediately.

“It is among the reasons why junior doctors are leaving public healthcare to look for jobs overseas.

“There will still be 13,000 doctors on contract after the 4,263 permanent positions for medical officers are filled up this year.

“Better remuneration, career prospects, and better work conditions abroad are among the main reasons why doctors have left or are considering a move abroad,” he told New Straits Times.

Dr Muruga said the focus must shift to those who are still in Malaysia as it will be difficult to get doctors who have gone abroad to return due to the wage difference.

“For our junior doctors still in the system, we should at least work towards improving their work conditions.

“Address the issue of maldistribution of doctors causing shortages so that there is a work-life balance for these doctors and improve on the work culture.

“I believe many would prefer not to be separated from their loved ones and remain serving in their home country.

“Of course improving remuneration should be looked into, but this may take time. But the work environment is something we believe can be immediately addressed.”

He added that around 3,000 medical graduates are produced each year and will enter the system as housemen (trainee).

“The Health Ministry and Public Service Department must work towards opening up more permanent positions for contract doctors because many more will be added to the contract system,” he said.

For a private clinic owner based in Melaka Dr Akmal Saleh, having no clear career direction or future should not be used as the main factor for doctors going abroad.

He however said improvements must be made so that the medical officers (MO) will have more peace of mind working in public healthcare.

“To me, it is an outrageous accusation because our country has also raised many local specialists. Going abroad is an option for them.

“The Health Ministry has a system which is the process of how a doctor starts from houseman to MO and becomes a specialist.

“Currently, even contract doctors are offered to pursue studies as initiated by the previous Health Minister (Khairy Jamaluddin).

“But, it is without a doubt that there are also weaknesses in the system that can be improved from time to time,” he said.

The Barisan Nasional’s Merlimau assemblyman said the service quality must be refined in hopes of avoiding brain drain.

“The work system or schedule can be addressed to avoid overworking the staff as we are also well aware of the MO contract problem.

“Contract doctors may feel like they are not given fair treatment as compared to permanent staff.”

Dr Akmal said people shouldn’t put the blame only on the low salary in Malaysia.

“If we compare our cost of living and the currency exchange, we will lose out.

“What is important is to increase the intake of doctors to better distribute the workload and lessen the burden for them.

“Salary is a personal goal and not the main factor for people to go overseas. But if we say we want to serve the country, this is the way to do it,” he said. – NST