Cigarette ban will have little effect on economy – Khairy 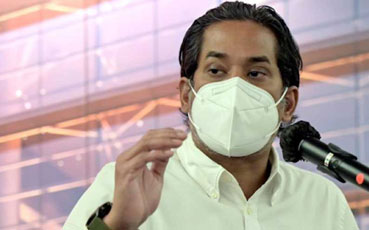 
He said the tobacco industry contributes only 0.18% of gross domestic product (GDP), while the loss of productivity from cigarette smoking had a greater impact on the economy.

“This means that only a small number of people are involved in the cigarette industry,” he said in a media interview ahead of a Dewan Rakyat debate on Tuesday on the Tobacco and Smoking Products Control Bill, Bernama reported.

The bill proposes to place a ban on smoking, buying or owning cigarettes and tobacco products on those born in 2007 onwards. The ban is to come into effect in 2025.

The cigarette ban would not cause an impact on the economy overnight, he said, as it will be enforced in stages. “Every year more (individuals) cannot smoke, but those who are already smoking will continue to buy cigarette products,” he said.

Independent panel to report to Parliament

Khairy said the health ministry had given its assurance to a parliamentary committee on health that an independent committee would be set up to review the bill.

He said the committee had requested a mandatory evaluation period, but that was not included in the proposed law.

However, he had given an assurance that the ministry will form an independent committee to review the law and table a report on the effectiveness of the law before it is enforced in 2025.

“I gave the assurance that the committee will report to Parliament, instead of the health ministry. Apart from that, 10 years after GEG is implemented, this committee will do a review again, to see if the law needs to be amended and so on,” he said.

Khairy is scheduled to table the bill for a second reading in the Dewan Rakyat on Monday, followed by a debate the next day.

The bill proposes a fine not exceeding RM5,000 on those caught buying, smoking, or possessing smoking-related products.

Khairy said the ministry would hold meetings with retailers of cigarette products to discuss the best mechanism to control sales.

“There are several mechanisms being considered, such as use of QR code, installing an application in the identification card for purchase of cigarette products…something that is easy and does not cause trouble for sellers and buyers.

“For areas where there is no internet access, maybe the dealer needs to see the buyer’s identification card,” he said.

Online sales of cigarette and vaping products would not be allowed if the new law comes into effect. “With this bill, it is easier for us to take action through the Communications and Multimedia Commission,” he said. – FMT