Covid cases under control, no need for Malaysia to shut borders 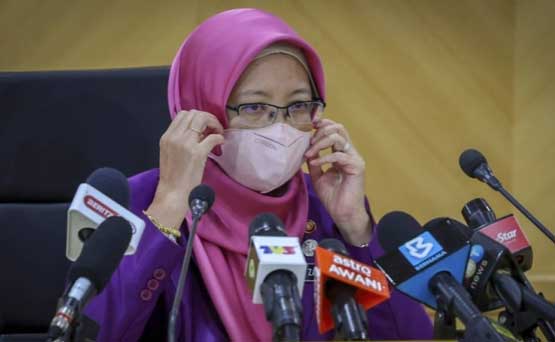 The Covid-19 situation in the country is still under control and so far there is no need for the government to close the borders, said Health Minister Dr Zaliha Mustafa.

However, according to her, the government is taking precautionary measures by implementing certain approaches at the nation’s checkpoints to curb infection. In fact, according to her, as of Tuesday, there were no infections or symptoms detected at border entry points even though the country had received the arrival of about 7,000 tourists from China since Jan 8.

“…the Covid-19 situation is under control and the people’s awareness is still good at a high level, as such the situation does not warrant us to close the borders,” she told reporters after the handing over of the Pendang Hospital project by the Works Ministry here today.

Dr Zaliha said that although the number of screenings reached tens of thousands every day, the number of positive cases detected throughout the country was low.

Regarding Pendang Hospital, Dr Zaliha said the hospital will start operating on February 15 and is expected to benefit about 110,000 residents in the surrounding area.

“There are various services in this hospital including emergency, outpatient and so on and there are 126 beds in total,” she said.

The construction of Pendang Hospital started in May 2018 and was completed in October last year at a total cost of RM255.27 million including construction costs as well as medical and non-medical procurement.