Dengue cases in Johor double that of last year’s figures 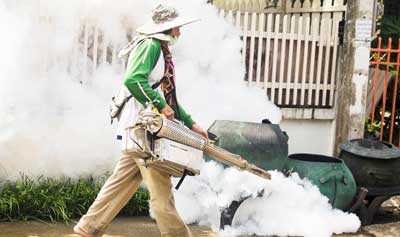 Johor recorded an increase in dengue cases with 3,924 cumulative cases up to epidemiological week 50 this year compared with 1,710 cases in the corresponding period last year.

“There were no cases in Mersing,” he said.

Ling added that there were two deaths recorded in week 50 this year, against five in the corresponding period the year before.

He said six hotspots in Johor Baru with the most cases were the city centre, Jelutong, Plentong, Pulai, Sungai Tiram, Tebrau and Tanjung Kupang in Gelang Patah with 2,883 cumulative infections.

Active cases stood at 2,129, where 2,052 people (96%) are undergoing home quarantine and 77 patients receiving treatment in hospitals, with one in the intensive care unit.

“We did not see a spike in Covid-19 cases in recent months. Our hospital bed usage for Covid-19 patients is below 5%,” he added. – The Star