Diabetes can occur in infancy 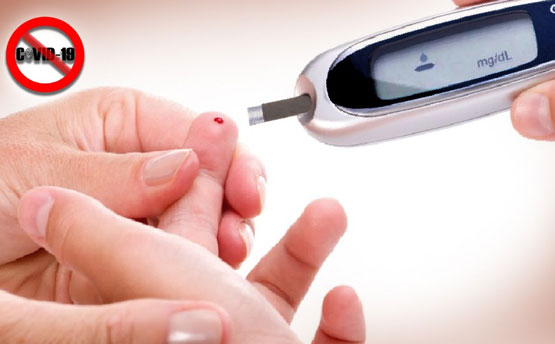 Diabetes can occur at any age and even newborn babies are susceptible to it.

Known as neonatal diabetes mellitus, among its causes are gene mutations that lead to the body’s inability to produce insulin, said experts.

Based on studies carried out by paediatric endocrinologists, about 1,500 children in Malaysia were diagnosed with diabetes in 2019 alone.

Diabetes can occur in infancy

“Diabetes is caused by high blood sugar levels. There are many classifications of diabetes and the two most common types are type 1 and type 2.

“Type 1 diabetes can develop in a patient as early as six months old. It usually occurs before a person reaches the age of 25. Type 2 diabetes is less common compared to type 1 but the cases are increasing due to the obesity pandemic in children,” she explained.

Dr Ch’ng said type 1 diabetes is an autoimmune disease that results when the body is not able to produce insulin (a hormone released by the pancreas to regulate the concentration of glucose in the blood).

“It (autoimmune disease) causes the insulin-producing beta cells in the pancreas to be destroyed, preventing the body from being able to produce enough insulin to adequately regulate blood glucose levels. Environmental stress or virus infection can cause this (autoimmune disease) to happen,” she said.

As for type 2 diabetes, it occurs when the body develops insulin resistance and the pancreas cannot produce enough insulin to regulate blood glucose levels.

Dr Ch’ng said she is concerned about the upward trend currently in the number of cases involving children with diabetes.

She urged parents to look out for signs of diabetes in their children such as frequent urination, feeling more thirsty than usual and drinking water more frequently, feeling tired easily and experiencing sudden weight loss.

“If these symptoms are left untreated, it can lead to diabetic ketoacidosis where the patient will experience breathing difficulty, serious dehydration and confusion,” she explained.

Asked if diabetes in children can be treated so that it will not continue into adulthood, the paediatrician said while there is no cure for type 1 diabetes currently, it can however be controlled.

Dr Ch’ng also said that children with diabetes must have their blood glucose levels controlled to avoid complications such as kidney damage, blindness, stroke, nerve damage, heart problems and lower limb amputations due to wounds that do not heal.

“They must also be taken to an endocrinologist for follow-up check-ups regularly and undergo eye-health screening every year,” she said.

Type 1 diabetes treatments can be controlled with insulin injections while most type 2 diabetes cases, she added, can be managed with a balanced diet, regular exercise and oral medication.

SMCV consultant endocrinologist and internal medicine specialist Dr Lim Kim Piow stressed the importance of seeking treatment for diabetes as soon as it is diagnosed.

“Time is key to avoiding complications. Studies have shown that if treatment to lower (blood) sugar levels effectively is done earlier, it can save lives.

“In other words, there’s a ‘golden hour’ to treat diabetes aggressively in the early stages to prevent complications from setting in,” he said.

Symptoms of diabetes include excessive thirst and hunger, frequent urination and sudden weight loss, which occur when there are spikes in blood sugar levels.

However, said Dr Lim, many people tend to ignore these symptoms thinking they are normal.

“Sudden weight loss, for example, is a sign that the blood sugar level is high and not due to lifestyle changes. This symptom (weight loss) is often mistaken as effective weight loss for obese patients who actually have diabetes or pre-diabetes and want to lose weight,” he said.

He said young people living in urban areas who face undue pressure at work and do not have enough sleep or exercise are also at risk of developing diabetes.

“Their condition can worsen if their lifestyles include drinking alcohol and smoking or vaping which they think will reduce their stress. But it’s an unhealthy lifestyle that can lead to diabetes which, in turn, can increase the risk of contracting heart disease and stroke,” he added. – Bernama