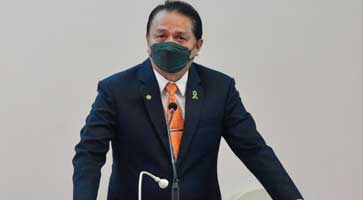 The floods on the east coast of the peninsula have affected two government hospitals in Kelantan and four others in Terengganu, says Health director-general Tan Sri Dr Noor Hisham Abdullah (pic).

The hospitals affected in Kelantan are the Raja Perempuan Zainab II Hospital (HRPZ) and Tengku Anis Hospital (HTA), while the four in Terengganu are the Kemaman, Besut, Setiu, and the Hulu Terengganu hospitals.

In a statement Tuesday (Dec 20), Dr Noor Hisham said all healthcare services at the HRPZ II are still operating as usual even though floodwater had entered the hospital.

He added laboratory services, as well as imaging and diagnostics services at the HTA have been temporarily stopped.

“The shutting down of internal power has been done to protect the equipment from damage due to short circuit. Any request for such services will be referred to the nearest hospitals, which are HRPZ II and the Universiti Sains Malaysia Hospital (HUSM).

Dr Noor Hisham said 19 patients from HTA have been transferred to HRPZ II and HUSM because there were concerns that the floodwater could rise anytime.

On the situation of the affected hospitals in Terengganu, he said the rise in water level had caused the Emergency Department and maternity ward at the Kemaman Hospital to be flooded on Sunday night (Dec 18), but the water subsided the next morning.

He said the floods near the Besut, Setiu and Hulu Terengganu hospitals had also resulted in the roads and access to the hospitals and the surrounding areas being cut off and could only be reached by boats or helicopters.

“However, these hospitals are prepared for such a situation and have sufficient medical supplies, food and disposables,” he said.

Dr Noor Hisham said there were 32 other health facilities that have been affected by the floods in Kelantan, specifically 22 rural clinics and 10 health clinics.

Of the total, 19 health facilities are still operational, six have moved their operations to alternative facilities, and 15 are no longer operational for now, he said.

Meanwhile, Dr Noor Hisham said the Health Ministry has detected over 500 cases of infectious diseases among flood evacuees who are being housed at the temporary relief centres from Nov 7 to Dec 19.

These include 301 cases of acute respiratory infections, skin diseases (260 cases), acute gastroenteritis (14), conjunctivitis (11), and one case of chickenpox.

“No cases of typhoid, cholera, leptospirosis, hand, foot and mouth disease (HFMD) and dengue were reported among the flood victims,” he said.

Dr Noor Hisham said only one case of Covid-19 was reported among the victims in Terengganu between Dec 11 to 19.

As of noon today, the National Disaster Management Agency (Nadma) reported that 65,139 people were affected by floods in 20 districts in Perak, Kelantan, Terengganu, Pahang, and Johor.