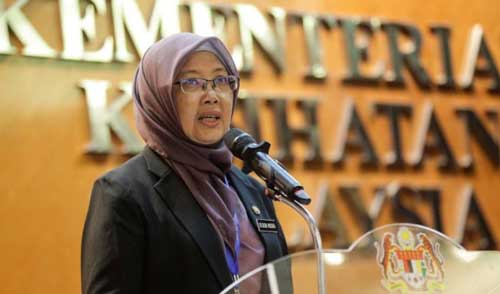 The health ministry will provide free sanitary pads in a bid to address the issue of period poverty in this country.

Health minister Dr Zaliha Mustafa said for a start, the initiative would be implemented at her office in the health ministry building here.

Asked whether she will submit a proposal to continue the provision of free sanitary pads as implemented through Budget 2022, she said the matter would be looked into for inclusion in Budget 2023.

Previously, the government had provided monthly assistance of feminine hygiene kits to 130,000 teenagers from the B40 group under Budget 2022 to reflect its concern over the issue of period poverty, which is at an alarming level in Malaysia.

The Selangor government, through its recently passed state Budget 2023, has allocated RM200,000 to empower women, including through an awareness campaign and the provision of free sanitary pads, making it the first state to introduce such an initiative.

Meanwhile, the health ministry has introduced body cameras for its enforcement officers to ensure transparency and to keep them safe while carrying out their duties.

“The use of body cameras will also help preserve the integrity and improve the image of the ministry,” Zaliha said in her speech at the assembly.

Elaborating, she said the move was to overcome the issue of threats and constraints reportedly faced by health inspectors, including death threats and verbal abuse as well as attempted assault and bribery by those whom they encounter.

As such, Zaliha hoped that the use of body cameras would assist in terms of providing proof or counter-evidence for personnel at risk of being slandered with various accusations when carrying out enforcement operations. – FMT