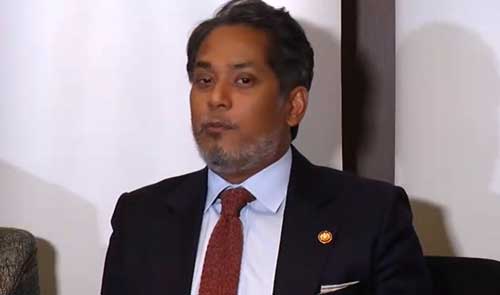 In five years, Malaysia will be able to fully digitise its medical records and the man who is up for the task is Khairy Jamaluddin.

“Give me five more years and 100% of the hospitals will have electronic medical records,” the Health Minister said.

During a panel session at the CRM (Clinical Research Malaysia) Trial Connect 2022 conference here, Khairy asked: “How are we going to talk about the next 10 years of the golden age of clinical research and trials in Malaysia when only 30 out of 149 hospitals under the Health Ministry have any form of hospital information system and electronic medical records?

“The rest are pen and paper.”

Khairy, however, noted that this was something the minister helming the health portfolio in the next government must look into.

“Whoever is sitting here in a couple of months’ time, this must be what you push them towards,” he told the audience, adding that it was difficult to manage data from clinical trials through manual record keeping.

The session yesterday was moderated by Dr Khor Swee Kheng, chief executive officer of Angsana Health, a start-up that delivers integrated and value-based solutions for primary healthcare in Malaysia.

Speaking at a press conference later, Khairy said 10 years after clinical trials began in Malaysia, the sector had contributed around RM925mil in gross national income so far.

The figure is expected to surpass RM1bil next year.

For this year, Khairy said clinical trials had contributed RM89mil thus far, against the targeted RM125.8mil.

Next year, the number of industry-sponsored research carried out including those sponsored by pharmaceutical companies and global clinical research organisations will cross the 2,000 mark.

“Besides monetary income, clinical trials and research are very valuable because of the exposure these give our scientists and researchers to craft and conduct tests on patients based on the latest treatments available.

“All these treatments must undergo stringent regulatory processes to guarantee the safety of the treatment given to the participants of the process.

“It also gives early access to patients in Malaysia, especially those with rare diseases. They will be able to get the first treatment in the world,” said Khairy.

He added that such projects would also allow Malaysia to work with other countries.

“I expect the clinical trial industry to grow rapidly. We have set a target to make Malaysia number one in industry-sponsored trials in five years.

“This will elevate our clinical research infrastructure to world-class standards,” he said.

The clinical research centre at Sarawak General Hospital has two First in Human (FIH) trial projects in the pipeline for next year.

At the event, the institute formalised its partnership with the National Centre for Global Health and Medicine and the Tokyo-based Remedy & Company Corporation through the signing of memorandums of understanding.

The signing of the MOUs was witnessed by Khairy and Japanese Ambassador to Malaysia Takahashi Katsuhiko. – The Star