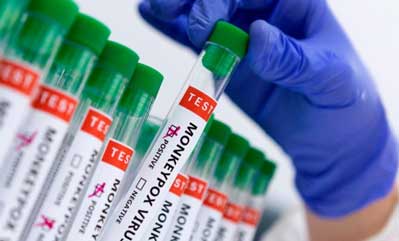 Japan confirmed its first case of monkeypox on Monday with a man in his 30s in Tokyo testing positive, Kyodo news agency quoted the Tokyo metropolitan government.

The patient travelled to a European country from late June to mid-July where he had close contact with a person infected with monkeypox, it said.

The man, who is currently hospitalised, started to feel unwell on July 15, the Tokyo government said. His symptoms include a fever, a headache and a rash, it added.

Earlier in the day, government officials held a meeting to discuss measures needed to respond to a possible outbreak of monkeypox in the country after the World Health Organisation (WHO) on Saturday declared the outbreak of the infectious disease a global health emergency.

Infections have been reported since May outside Central and West Africa, where the disease is endemic.