Khairy: 4,053 contract staff to be absorbed into permanent positions this year 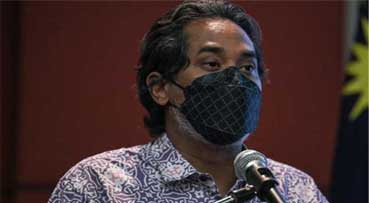 The Health Ministry (MoH) has approved 4,053 out of 8,672 initial applications for permanent positions involving contract medical and dental officers and pharmacists for this year, its minister Khairy Jamaluddin said.

Khairy said this at a press conference here today after appearing as a panel member at a dialogue session ‘The Future of Our Healthcare’ in conjunction with the 2022 Health Policy Summit here today.

He said MoH will hold talks with the Public Services Commission (SPA) to determine the policy on whether those who are unsuccessful in applying for a permanent position can reapply or not.

“I do understand that some will be disappointed, and that is why MoH will look into the matter after our discussions with MMA (Malaysian Medical Association) on career options for those who could not be absorbed as permanent staff, to at least ensure that they are given good incentives and opportunities for specialised and sub-specialised training.

Meanwhile, Khairy said the MoH will is also looking at a suitable model to determine whether a health service commission should be established by law or administratively.

He said although the matter was not the main focus of the ministry at the moment, it would nevertheless be discussed in the Health White Paper which is expected to be tabled in Parliament at the end of the year.

“If you are to ask us (MoH), of course we would want our own Commission so that we will not be subjected to regular SPA policies. An example would be that (currently) if we are to fight for certain allowances in the MoH, we are subjected to policies under JPA (Public Service Department), which means this policy must be in tandem with other (public) services.

“We go one step at a time… We want our own Commission but the question of when to push for this (and) to approve can be discussed during the drafting process of the Health White Paper,” he added. – Bernama