Khairy: MySejahtera to be used as digital platform for public health 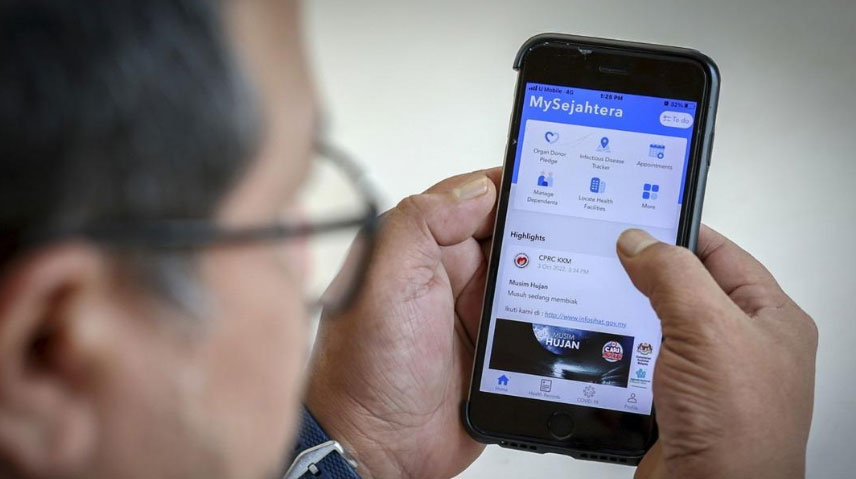 The MySejahtera application will be used as a digital platform for public health following the country’s transition from the COVID-19 pandemic phase, said Health Minister Khairy Jamaluddin.

He said the move was per recommendations from the Public Accounts Committee (PAC) for the application to be used as a public health management tool, in line with the digitalisation plan for health services.

PAC today tabled a report on the development and procurement of the MySejahtera application under the Health Ministry (MOH), Finance Ministry and the Prime Minister’s Department in Parliament.

Among the recommendations of the PAC is that the government should ensure full ownership of the application and guarantee that users’ data is secured and will not be misused.

“When MySejahtera is transferred to the MOH from the National Security Council, we has ensured that the issue of data ownership and security have been resolved and that MySejahtera can be used as a public health platform,” Khairy told a press conference after attending the ministry’s monthly assembly here today.

MySejahtera was initially developed to assist in managing the COVID-19 outbreaks in the country by allowing users to perform health self-assessments on themselves and their families. Now, the application has been updated with new features, including a blood donor card, and people can pledge themselves as organ donors.

Khairy said he wanted to ensure that issues related to the MySejahtera application were resolved ‘before leaving the MOH’.

On the Control of Tobacco Products and Smoking Bill 2022, Khairy said the second reading is scheduled for this Thursday, with amendments to the bill have been approved by the Parliamentary Special Select Committee (PSSC) made up of representatives from both the government and opposition.

“I am confident that this bill can be passed if it follows the order of the meeting, but if Parliament is dissolved and it is not brought to the Senate, this law must be tabled again by the new government. That is the procedure.

“If it is passed and then Parliament dissolves, our effort will go to waste (because) we cannot bring the bill (to the Senate), and it has to be tabled again,” he said.

The Control of Tobacco Products and Smoking Bill 2022 was tabled for the first reading in Dewan Rakyat on July 27. However, on Aug 2, Dewan Rakyat agreed for the bill to be referred to the PSSC for further scrutiny.

The bill, which seeks to prohibit those born on and after Jan 1, 2007, from purchasing or possessing cigarettes or vape products, was deemed to limit the freedom of choice by some members of Parliament. – Bernama

Hisential: a new, accessible healthcare and wellness brand for men