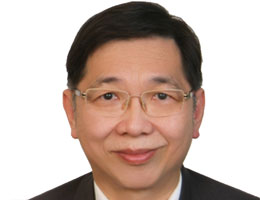 Senior Consultant Nephrologist;
Head of the Renal Transplant Unit, Head of Department of Nephrology and Head of the Clinical Research Centre at Hospital Selayang, Selangor

When it comes to end-stage kidney disease (ESKD), the viable treatment is a kidney transplant. It offers an effective cure for the condition, thus vastly improving the patient’s chances of survival and their quality of life, as well as helping to cut down on their medical expenses in the long term.

In ESKD, both the patient’s kidneys have essentially failed in their job of removing waste products and excess fluid from the body. Dialysis, whether it be haemodialysis or peritoneal dialysis, is prescribed to perform this duty artificially instead. While dialysis is indeed a life-saving treatment, it cannot fully substitute for even one functional kidney. This leaves patients vulnerable to health complications that can arise from both ESKD and the dialysis itself. These include conditions such as fatigue, muscle cramps, anaemia, renal bone disease and heart disease, among others. In fact, only 52% of Malaysian patients on dialysis are still alive five years after they start the treatment. In contrast, the five-year survival rate for those who undergo a kidney transplant is 90%.

There is also a vastly improved quality of life for patients who go from being on dialysis to receiving a donated kidney to replace their non-functioning ones. The most obvious advantage is that the patient (and their families) no longer need to plan their lives around the patient’s dialysis schedule. For those on haemodialysis, this would involve having to spend around four hours at a haemodialysis centre three times a week. For those on continuous ambulatory peritoneal dialysis, they would have to undergo the dialysis process four times a day for a period of 30 to 40 minutes each time. And even for those on automated peritoneal dialysis, which probably offers the most flexibility among the dialysis options, the patient has to undergo the procedure for 8 to 10 hours daily, usually while asleep at night. Kidney transplantation removes the need for this huge time commitment. Instead, those who have received a donated kidney mainly need to commit to taking immunosuppressant medications for the rest of their lives to ensure that their body does not reject the donated kidney – and of course, live an overall healthy lifestyle.

Dialysis is a lifelong treatment, and the expenses can certainly accumulate to large amounts over time. According to a study by Surendra et al, the annual cost for a haemodialysis patient is RM39,790, while the cost for a patient on continuous ambulatory peritoneal dialysis is RM37,576. While just over two-thirds (67.1%) of dialysis patients are sponsored by the Malaysian government, 14.9% are self-funded, with the rest paid for by charities (13.2%), employers (1.3%), insurance (0.5%) and other sources1. In contrast, the transplant services provided by Ministry of Health (MOH) hospitals – namely, Hospital Kuala Lumpur and Hospital Selayang, Selangor – are heavily subsidised. Transplant recipients pay only RM1,000 for the entire procedure, and are also provided the expensive, lifelong immunosuppressant medications for free.

The kidney donors do not have to pay for the transplant surgery and will also receive free medical care at MOH hospitals for the rest of their life. Meanwhile, transplant services and medications in Ministry of Education hospitals, e.g. University Malaya Medical Centre in Kuala Lumpur, are only partially subsidised and the hospital bill for the tranplant is expected to be around RM 50,000 to RM 60,000 while those who opt to do their transplant at a private hospital can expect to pay between RM 70,000 to RM100,000 for the recipient’s surgery and another RM 40,000 to RM 60,000 for the donor.

Organ donation in Malaysia is strictly voluntary and cannot be done in exchange for any kind of reward or compensation (cash, property, career advancement, etc). While the majority of organs can only be harvested from a deceased donor, kidneys are one of the two organs that can be donated by a living donor (with the other being part of the liver). This is very important for ESKD patients as deceased donors are very rare in Malaysia. Based on the MyKAS (Malaysia Kidney Allocation System) database, there are currently 10,278 ESKD patients awaiting a kidney transplant. However, only 20-40 kidney transplants involving deceased donors are performed annually, accounting for approximately 1 per million population (pmp).

However, a living donor can only give a kidney to their spouse, first- or second-degree relative. A first-degree relative is one’s parent, child or full sibling. A second-degree relative is one’s grandparent, grandchild, aunt, uncle, nephew, niece or half-sibling. It is also possible for a living donor to donate to a more distant relative, or even a non-family member. But permission must be obtained from MOH’s Unrelated Transplant Approval Committee (UTAC) before this can occur.

Overall, it is also better for the patient to receive an organ from a living donor who would have been evaluated for their suitability and health before the procedure. This is as kidneys from brain-dead donors are harvested and preserved in ice (usually for several hours) before the kidney is transplanted into the recipient. Furthermore, the deceased donor would likely have developed acute kidney injury prior to organ procurement. Hence, kidneys from deceased donors generally have poorer graft survival, i.e. the transplanted kidney does not last as long as a kidney from a living donor. Generally speaking, the annual rate of graft loss, where the patient has to be put back on dialysis because their graft has failed, is 4%.

These are still excellent odds compared to the ESKD patient remaining on dialysis and not undergoing a kidney transplant at all. At the end of the day, an ESKD patient who has received a donated kidney will have a better chance of living longer and better, compared to someone who remains on dialysis. Such a patient would also be able to resume their career, with no restrictions as to their occupation, if they are of working age. Younger patients would also be able to start a family if they wish, which would be very hard to do while on dialysis. Therefore, if there is a chance for an eligible ESKD patient to receive a donated kidney, whether from a deceased donor or a living one, we would strongly advise and encourage them to do so.