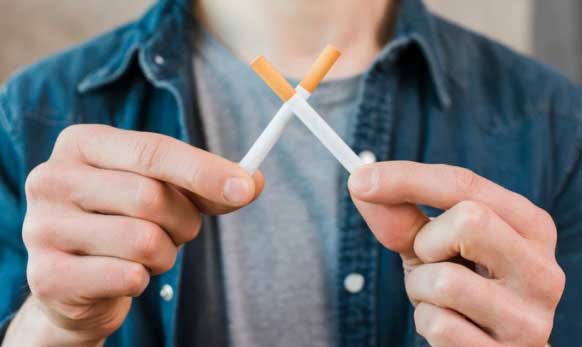 When it comes to lung cancer, there is a common misconception that it can only affect certain people such as those who are of an older age or those with a history of smoking. However, the reality is that even a non-smoker who lives a healthy lifestyle can be diagnosed with lung cancer. Similar to how no one is completely immune to the COVID-19 virus, anyone is susceptible to lung cancer too – be it men or women, young or old, smoker or non-smoker.

Lung cancer does not discriminate

While smoking remains the most common cause of lung cancer in Malaysia, according to anecdotal experiences of medical practitioners in Malaysia, the number of non-smokers who are diagnosed with lung cancer is rising in recent years.

“Up to a third of the patients we see with confirmed lung cancer are non-smokers or never smokers,” said Dr. Sachithanandan. Dr. Tho also shared that throughout his medical practice, 50% of his patients are non or very light smokers and surprisingly, most of them are women.

Notwithstanding that smoking is the most common risk factor for lung cancer, one can also be prone to lung cancer if you have cancer history in your family. Based on a Taiwanese study, an individual’s lung cancer risk reportedly increases with the first-degree relatives with lung cancer one has.

The environment that we live in poses risks too: if you are constantly exposed to secondhand smoke from smokers around you or if you are frequently exposed to asbestos at work, your chances of getting diagnosed with lung cancer will be higher. In fact, the World Health Organisation (WHO) recently confirmed an established and concerning link between air pollution and lung cancer.

Often, lung cancer creeps up on you without you knowing

Compared to other types of cancer like breast cancer and prostate cancer, most people with lung cancer are usually only diagnosed at a late stage. According to Dr. Tho, an overwhelming majority of lung cancer patients that he has encountered presented in stage III and IV – the disease is considered incurable at stage IV.

The reason for the late diagnosis is because the symptoms of lung cancer can be difficult to spot. They are usually vague or non-specific, and can be easily brushed off as something far less sinister. “It can be confused with a simple cough and cold,” said Dr. Tho; adding that if the individual is a smoker, lung cancer symptoms could easily be confused with their day-to-day routine symptoms.

The symptoms of lung cancer include having a cough, pain in the chest, weight loss, coughing blood, and shortness of breath. Do most of these symptoms sound familiar to you? Do they sound like the common symptoms of COVID-19?

Dr. Tho has urged the public not to ignore these symptoms if one has experienced them for a period. “It is imperative for you to seek medical attention and have the symptoms investigated as appropriate.”

Lung cancer can be detected early

In spite of the symptoms being difficult to discover, the good news is that lung cancer can be detected early, even before one has symptoms.

“There are available screenings that use a Low-Dose Computed Tomography (LDCT) scan. If detected early, lung cancer can be cured,” Dr. Tho shared.

The LDCT scan is a single breath technology which takes the lung image very quickly and is the gold standard for lung cancer screening. As compared to the traditional CT scan which requires you to fast for several hours prior to the scan and involves use of a contrast dye, the LDCT scan is “quick, painless, does not involve needles, and has minimal radiation,” according to Dr. Sachithanandan. He further assured that one is not required to fast or do any blood tests prior to the scan.

LCNM has partnered with AstraZeneca, Qualitas, and a few local hospitals to offer the LDCT scan at a very low price. As for now, the LDCT scan is aimed at men and women aged between 45 to 75 years old who have been smoking for 20 years or more. For the general public with no smoking history, there is now an artificial intelligence (AI) programme that helps to detect one’s risk of getting lung cancer.

“The technology system will automatically scan and quickly read the patient’s chest X-ray, more accurately than the human eye can as it is based on deep learning algorithms and will generate a detailed report,” said Dr. Sachithanandan.

This is a significant breakthrough in the medical field as it assists general practitioners in detecting lung cancer in the community. Once the AI software detects something unusual on the X-ray, the patient will be referred to one of the participating specialist hospitals to conduct the detailed LDCT scan. According to Dr. Sachithanandan, the LDCT scan is able to detect very early-stage lung cancer, thus enabling patients to get prompt, necessary treatment before it is too late.

Many people assume or share a common misconception that getting diagnosed with lung cancer is like receiving a death sentence and there is no point in treating it. According to Dr. Tho, this was true in the past where Stage IV lung cancer patients’ expected survival rate is six months.

However, thanks to tremendous advances in the landscape for treating lung cancer such as immunotherapy and targeted therapies, this has changed. Dr. Sachithanandan said, “..now we get Stage IV patients surviving more than 5 years with a reasonably good quality of life.”

According to Dr. Sachithanandan, lung cancer treatment can even be in excess of 6-digit figures depending on the stage of the disease. The treatment costs are generally less if the disease is picked up earlier and thus this is another advantage for the public to utilise these subsidised state-of-the-art imaging and scanning initiatives that are in place to detect lung cancer early.

Both Dr. Sachithanandan and Dr. Tho have shared an inspiring story of how one of their youngest lung cancer patients had successfully fought the disease: the then 30-year-old lady had no smoking history, no cancer history in her family, and did not experience any lung cancer symptoms prior to the diagnosis.

It was an unexpected finding from a routine medical check-up when she was diagnosed with fairly early stage IV lung cancer. According to Dr. Tho, the medical team did a genetic test and found that her tumour had an actionable mutation. They prescribed her oral targeted therapy and following a good response, Dr. Sachithanandan was able to successfully operate on her and remove the tumour completely. It is truly uplifting when both the doctors shared that almost five years on, the patient remains cancer free and is thriving.

Being the leading cancer killer in the world, lung cancer might creep up on you without you knowing. If you are beginning to show symptoms, get a test done immediately. According to the doctors, the survival rate for lung cancer is higher when diagnosed early, and early diagnosis can only be made possible through early and regular screening. When asked about how everyone can effectively prevent lung cancer, Dr. Sachithanandan urged the public to avoid or quit smoking as this is preventable.

“Traditionally lung cancer was perceived as a male smokers’ disease, but it no longer discriminates – alarmingly, now women and non-smokers who live a healthy lifestyle are being diagnosed too.”

The New Normal Same Cancer public service campaign by AstraZeneca in collaboration with LCNM and National Cancer Society of Malaysia, is offering screening vouchers for lung cancer at more than 20 participating hospitals in the country. You may download the screening vouchers for a discounted screening at a nearby hospital at https://www.newnormalsamecancer.org/where-to-go/