Malaysia must prepare for an ageing population 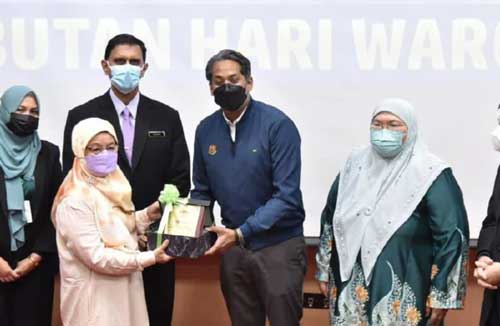 Malaysia must prepare itself not only in terms of healthcare, but other aspects of life when it becomes an ageing nation by 2030.

Caretaker Health Minister Khairy Jamaluddin said this was the reason members of “Keluarga Malaysia” must remain healthy, independent and live a quality life.

This was possible and could be achieved if the rakyat took a positive and proactive approach to healthy practices, such as going for regular health check-ups, especially for those aged 40 and above, he said.

He added that the vision of the Malaysian healthcare system should be geared towards “seamless integrated care”, where the transition and continuous care of patients from the hospital carried on smoothly, seamlessly and efficiently.

“The seamless geriatric care carried out at the Geriatric Unit of Kuala Lumpur Hospital, the Jinjang Health Clinic, the Kuala Lumpur Health Clinic and the Geriatric Unit of Tengku Ampuan Rahimah Hospital in Klang, along with other government health clinics, has shown great potential and benefit for elderly patients through services that are holistic, efficient and person-centred-care.

“This is in line with the fundamental concept of geriatric care,” said Khairy after officiating Kuala Lumpur Hospital’s 2022 Senior Citizens Day programme here today, in conjunction with the International Day of Older Persons, which is celebrated on Oct 1 annually.

He said he hoped that the medical expertise and personnel of Kuala Lumpur Hospital’s Geriatric Unit will continue with efforts and commitment to providing the best healthcare and services for senior citizens and training even more geriatric specialists, which was very much needed in Malaysia.

“In facing an era of an ageing population for the country, among the key challenges that we must face is ‘ageism’, which is the perception that the elderly as those who are weak and do not possess the autonomy to make decisions.

“Many among us cannot seem to differentiate between the normal ageing process and that which is pathological. Without realising, this causes the elderly to be neglected or forgotten in terms of medical care, whether physically, psychologically, or socially,” he said.

Khairy added that age was not the determining factor of a person’s level of health and quality of life.

By 2030, he said, 14 per cent of the Malaysian population will comprise those aged 65 and above.

“The impact from the increase in the aged population will see a very high increase in elderly care costs, as well as the responsibility placed on family members and the community.”

He added that there will come a time in Malaysia when there will be more senior citizens than younger people.

And when this happens, he said, there was a need to ensure that the elderly could live with dignity, whereby if they fell ill, they could get the best healthcare, and if they were healthy, they could continue living by carrying out the activities they were used to.

“Not all elderly folk are the same. There are those who are very active, such as a 97-year-old who will contest the upcoming general elections,” he quipped.